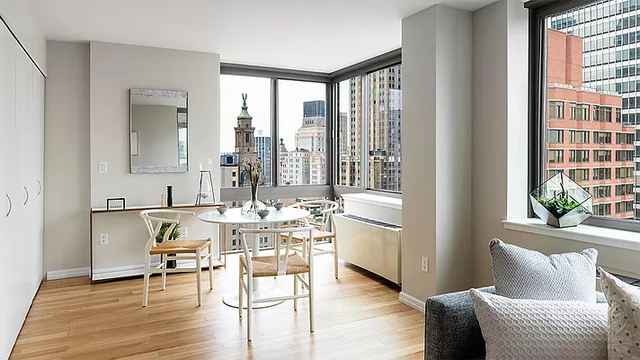 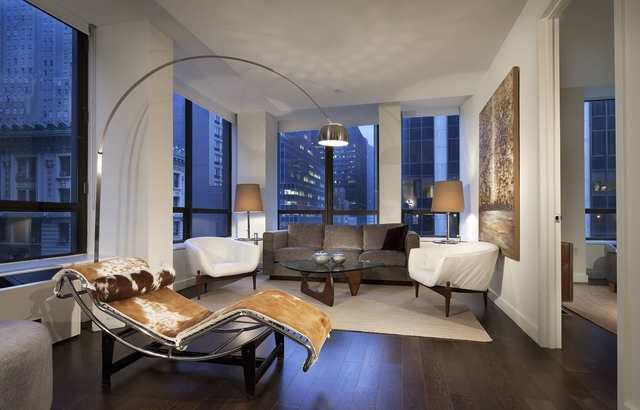 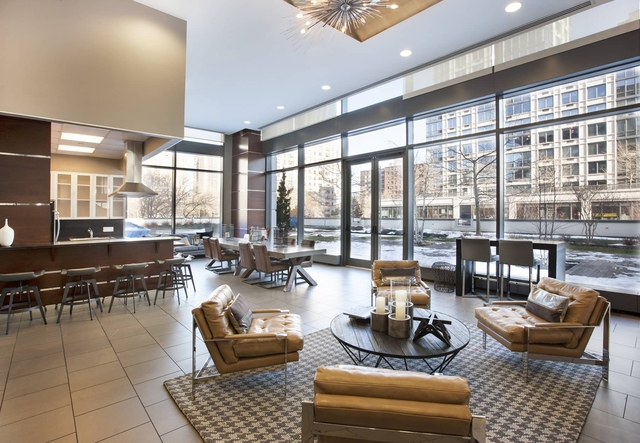 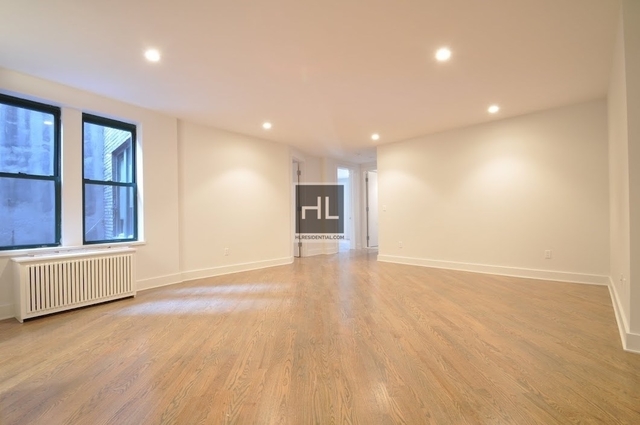 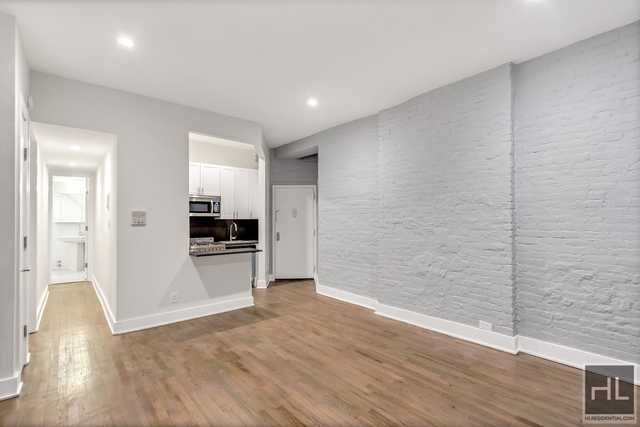 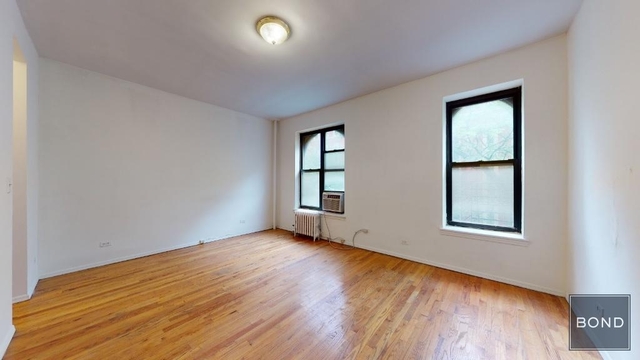 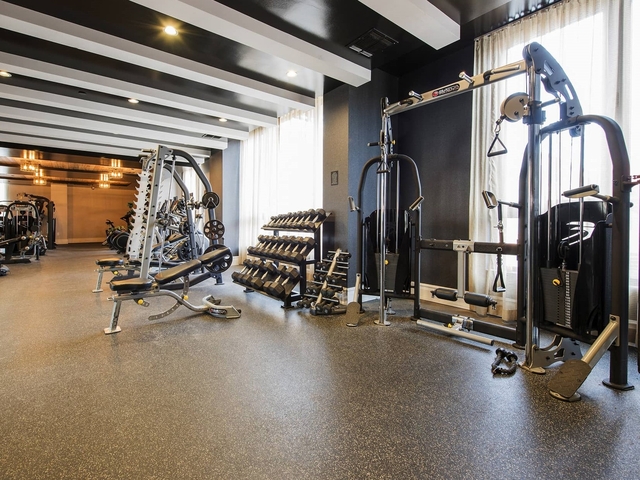 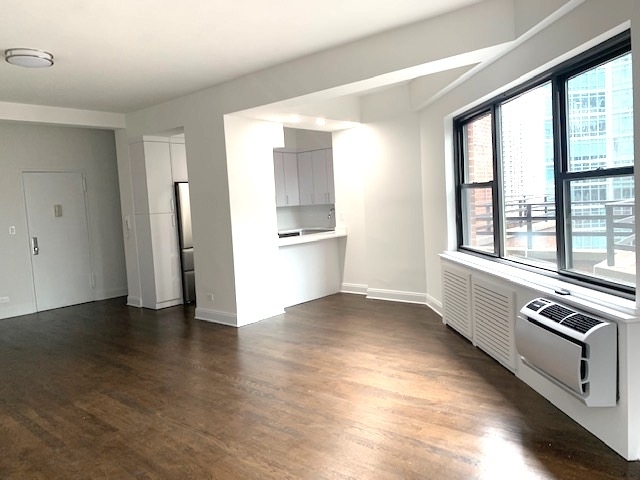 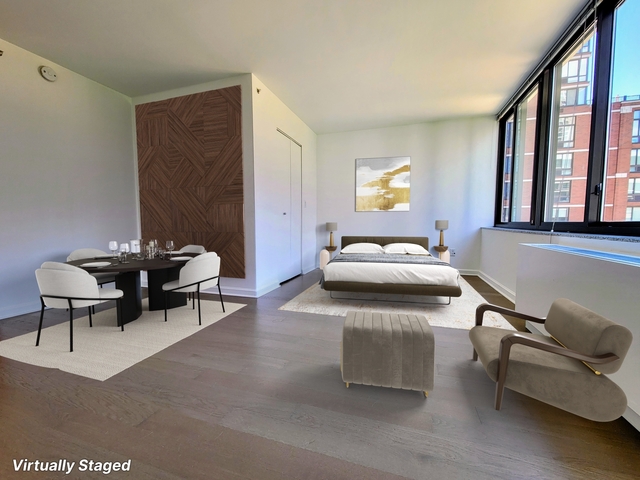 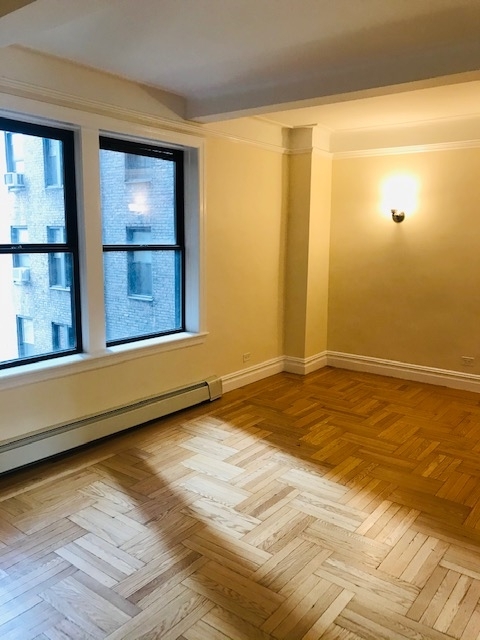 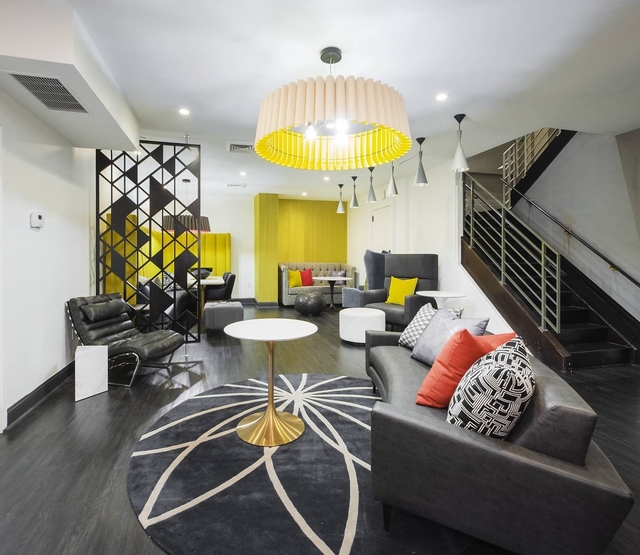 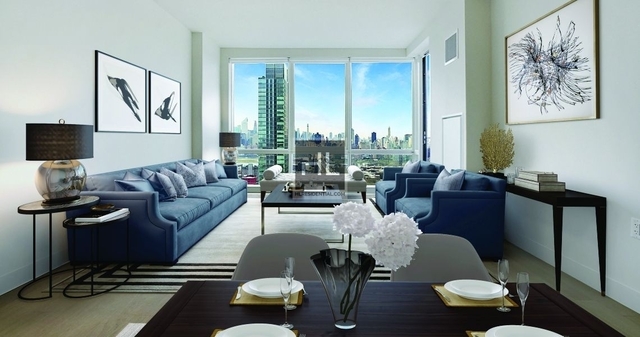 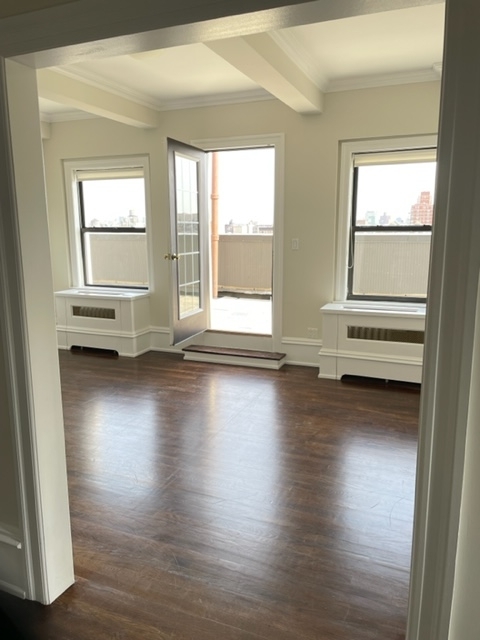 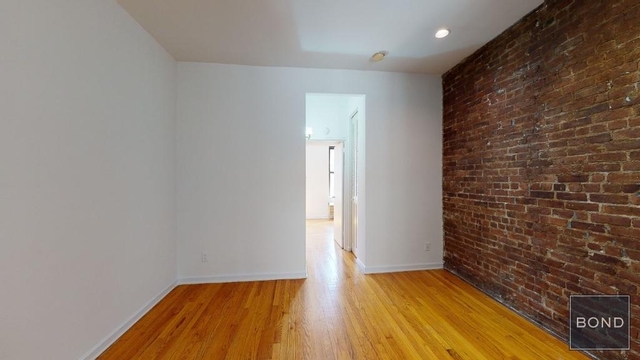 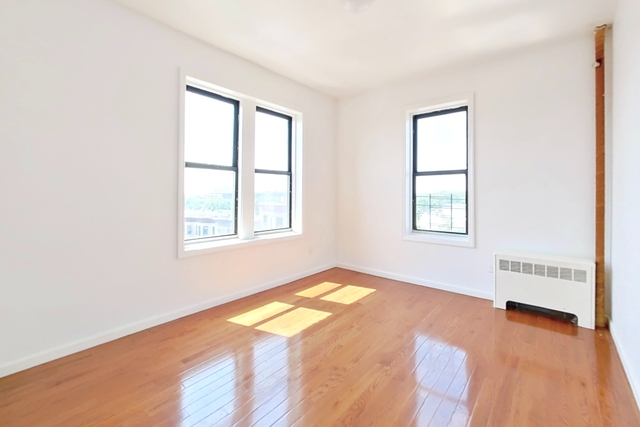 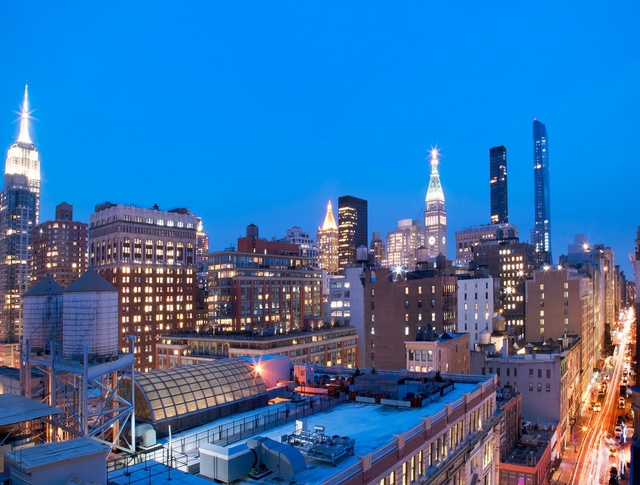 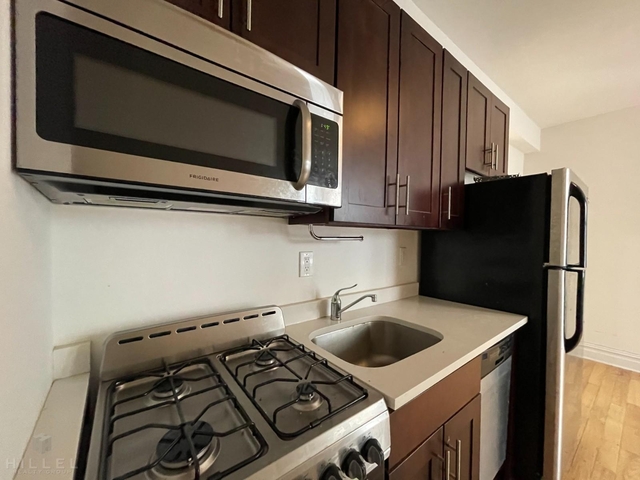 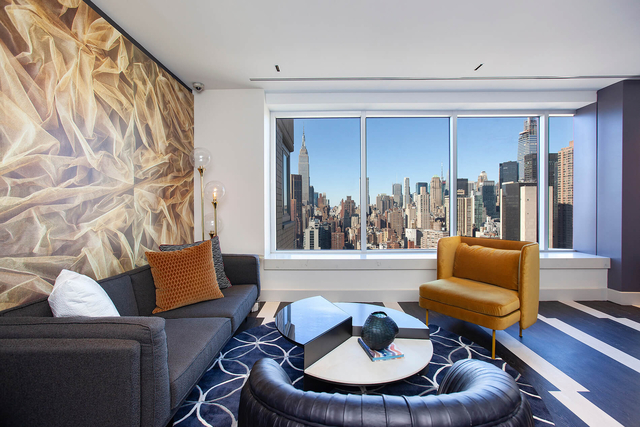 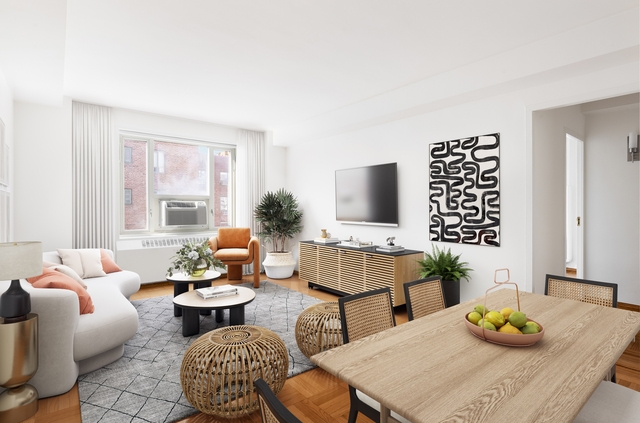 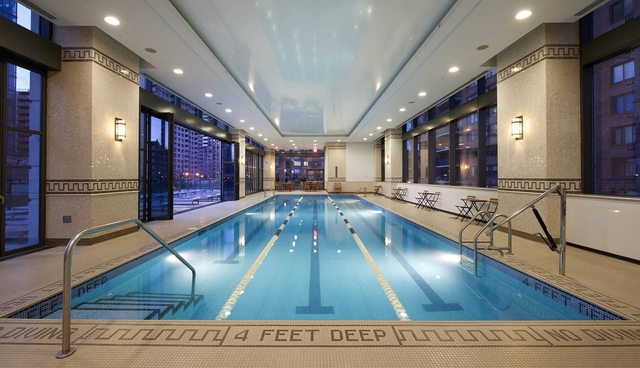 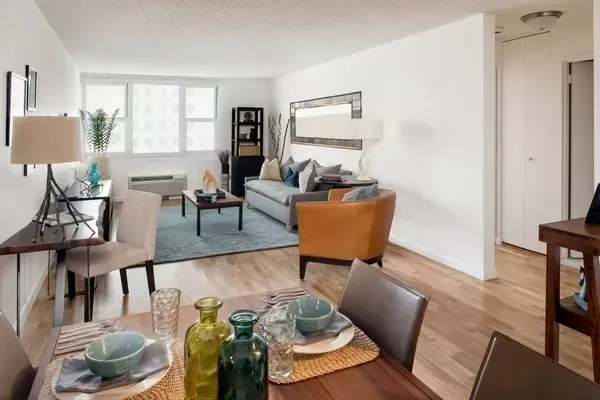 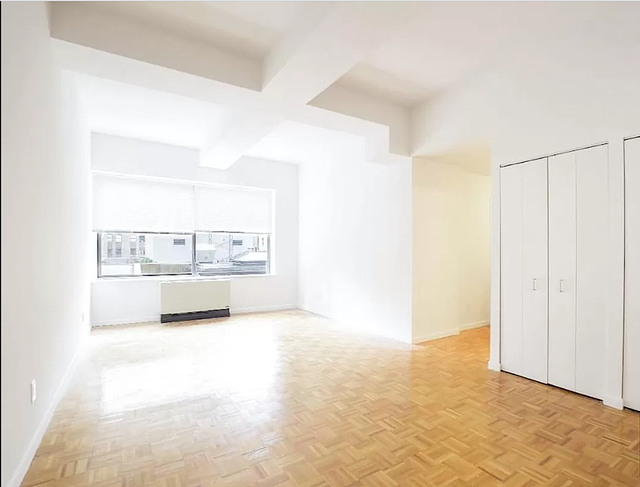 Columbia University in the City of New York

Columbia University in the City of New York is a private, nonsectarian research university with its main campus in Manhattan's Morningside Heights neighborhood. The university has a second campus just north in the borough's Manhattanville area, and a medical college located in the Irving Medical Center in Northern Manhattan's Washington Heights.

Columbia is a member of the "Ivy League," formally the name for an athletic conference of eight private, elite research universities in the Northeastern United States, but colloquially used to refer to the schools in their entirety. Columbia University comprises three undergraduate schools and thirteen graduate or professional schools (including Columbia Law and Columbia Business School). Columbia also has four affiliated schools on or near campus: Barnard College, Teachers College, Jewish Theological Seminary, and Union Theological Seminary.

Columbia University was founded in 1754 as King's College—the first institution of higher education in colonial New York and the fifth in what would become the United States of America. King's College was founded by royal charter from King George II and initially held classes (for its eight students) in a schoolhouse owned by Trinity Church Wall Street. The American Revolution paused the college's work for eight years. When it reopened in 1784, it bore a new name, Columbia College, meant to distance it from its royal past and connect it to the patriotic spirit of the new nation. The college remained in Lower Manhattan until 1854 when it moved uptown to Madison Avenue and 49th Street.

In 1896, Columbia College—which now included Barnard College, a full-fledged medical school, and Teachers College—was renamed Columbia University. The following year it moved uptown to its present campus in Morningside Heights. In the years since, it has continued to evolve, adding a widely renowned School of Journalism and School of International and Public Affairs and research centers and institutes exploring issues from coeliac disease to Chinese art.

Undergraduates at Columbia University apply to and attend one of the three undergraduate colleges: Columbia College, a liberal arts school; Columbia Engineering; or School of General Studies, a liberal arts school for returning or non-traditional students. Undergraduates may also apply to and attend the affiliated Barnard College or Jewish Theological Seminary. Columbia College and Columbia Engineering require that all students study the Columbia Core Curriculum, a century-old program of study that forms the foundation of undergraduate education. It focuses on the study of primary sources, small discussion-based work, cross-disciplinary work and class makeup, and communal learning.

According to the most recent data released by Columbia, among the 31,455 enrolled students, 30.7% identify as white, 12.9% Asian, 8% Hispanic or Latino, 5.1% Black or African American, 0.2% American Indian or Alaska Native, and 0.1% Native Hawaiian or Other Pacific Islander. 34% of the student body are international students.

Undergraduate admission to Columbia is highly competitive. For the 2021-22 school year, 60,551 students applied and 2,218 were accepted, a 3.66% acceptance rate. Accepted students were from all fifty states and 100 countries. Approximately 53% of undergraduates are people of color.

Undergraduate tuition at Columbia is $63,530 per year. Columbia students are not expected to take out loans; any costs that are not covered by scholarships or parental contributions (calculated by family income) are covered by grants from the university.

Graduate academics at Columbia are organized into 18 schools (including the affiliated Jewish Theological Seminary, Teacher College, and Union Theological Seminary), each of which has its own admissions process and tuition rates. Columbia graduate students pursue a variety of degrees, from Master of Fine Arts to Juris Doctor to Doctor of Dental Surgery. As of the 2021-22 school year, 18,272 graduate students attend one of Columbia's graduate or professional schools, and another 4,341 are enrolled in the medical center graduate schools.

Columbia has also cultivated many successful alumni in performing arts, including Graham Moore, who wrote the Imitation Game, Jennifer Lee, the writer and co-director of the Disney hit Frozen. Art Garfunkel, Lauren Graham, and James Franco also graduated from Columbia.

Most of Columbia's Manhattanville campus is built on the existing street grid north of 125th Street in Manhattan. The main part of the campus occupies over six city blocks for a total of 299 acres. Thanks to the close range of most of the academic buildings, most Columbia and Barnard students can walk or bike to class.

Columbia is known for its vibrant campus culture. It produces a daily newspaper, the Columbia Daily Spectator, offers vibrant arts programming, two fitness centers, health resources, an active student government, and a myriad of student-run clubs and organizations. Columbia athletes are part of the NCAA Division I; the school fields 29 teams. The school's mascot is the lion.

Undergraduate students have the option to live in one of the university's 30 residence halls, from traditional first-year student dormitories to apartment-style living for upperclassmen, the fraternity and sorority brownstones that line 113th Street. Amenities vary by building and often include fitness centers, on-site laundry, and bike storage rooms. Soon, Wallach Hall, a first-year residence, will offer a dedicated e-gaming lounge.

Looking to live off-campus? You're in the right place! Thanks to Columbia's location, the campus is close to major subway lines, including 1, A, B, and C trains. If being close to school is your priority, consider renting in Manhattan Valley, Central Harlem, Upper West Side, Manhattanville, and West Harlem.

Regardless of where you choose to live, transportation is rarely an issue. Besides public transportation options located within New York City, students also have access to the free Columbia Intercampus Shuttle Bus. Columbia has real-time shuttle bus locations and routes information located on-site.

If staying close to the subway and reducing your commute time is your top priority, take a look at RentHop's Subway Rent Map and find out which stops along the 1, A, B, and C lines are the cheapest.

Most Columbia graduates who continue staying in the city are spread throughout Manhattan, Northwestern Brooklyn, and Northwestern Queens. Some popular neighborhoods for alumni include Hell's Kitchen, Upper West Side, Upper East Side, Cobble Hill, Boreum Hill, and Harlem. There are currently around 106,200 Columbia University alumni living within New York State.

While most of Columbia University's 320,000 alumni live within North America, over 35,700 of those alumni can be found living in another foreign country.

Columbia's location in Morningside Heights—an area that runs from 110th Street to 125th Streets, east from Morningside Park to the Hudson River—is ideal for enjoying big city life and neighborhood comforts. It's home to the Cathedral of St. John the Divine, the largest church in North America, and Tom's Restaurant, made famous by Seinfeld. Riverside Park offers beautiful views of the Hudson, and the tomb of President Ulysses S. Grant, now maintained by the National Parks Service. Local restaurants like Absolute Bagel and Junzi Kitchen cater to the college crowd, as do the diverse food trucks that park on Broadway.