June Sets Record For Number of NYC Renters Looking to Sublet Their Apartment, Breaking Previous Record Set in May

In May we reported a record spike in new NYC sublet listings in light of the COVID-19 pandemic. Based on RentHop’s apartment listing data running through the end of June, we can now confirm that June’s total sublet listings broke the previous record set one month prior in May.

This sudden spike in sublet listings may be considered early evidence the city is witnessing an outflow of residents to the suburbs or other metropolitan areas, likely as a consequence of the COVID-19 pandemic and increased ability to work from home.

In this report, we’ll analyze the recent uptrend in new sublet listings on RentHop and highlight their outsized distribution in wealthy neighborhoods, particularly those in Manhattan1.

This enormous uptick cannot be explained by seasonality. June 2019 saw a mere 0.3% increase in total sublet listings as compared to the average for the first four months of 2019. Even controlling for seasonality, June 2020 stands as the greatest single month of new sublet listings ever recorded in RentHop’s 11-year history. 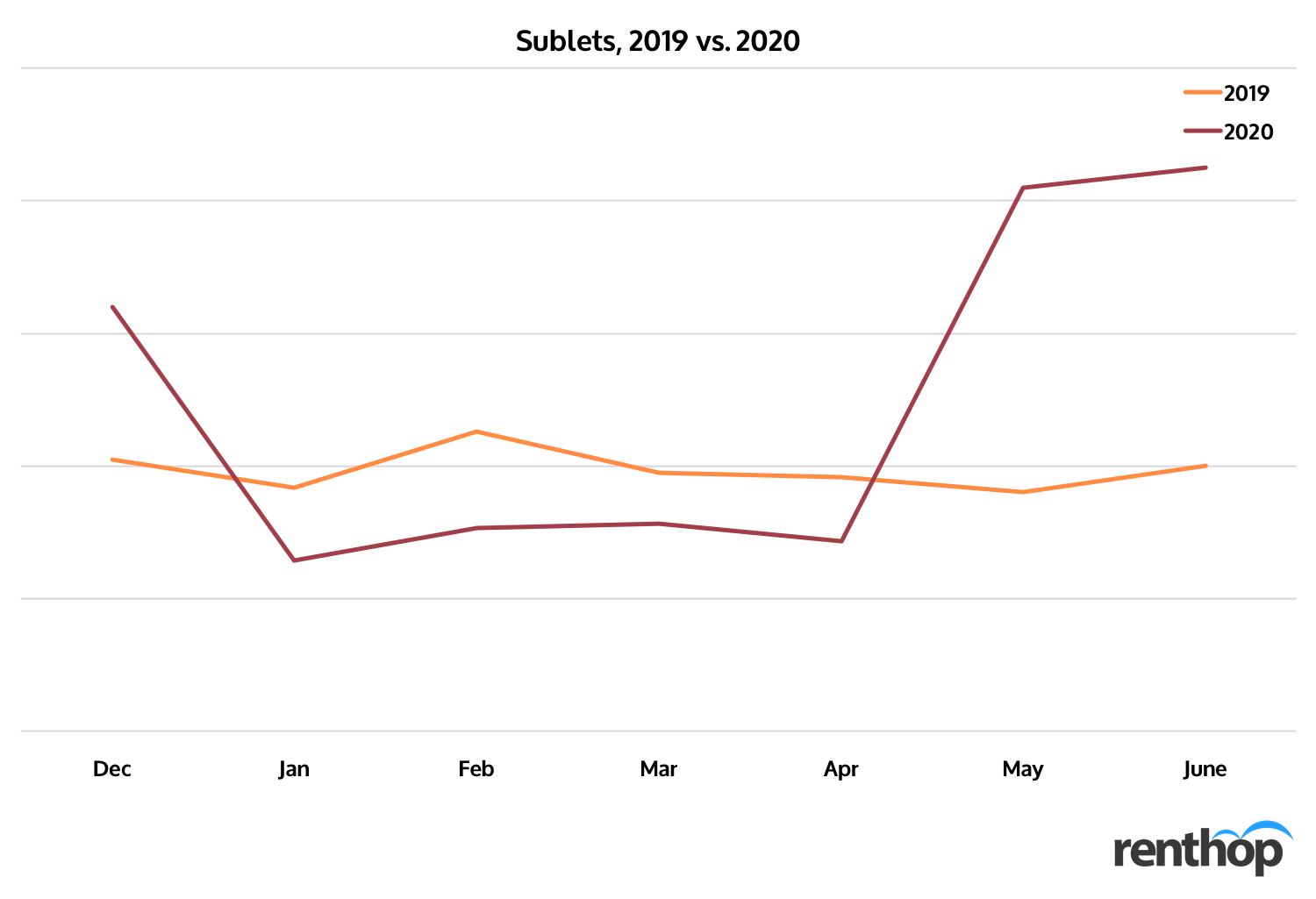 In June 2020, wealthy neighborhoods, particularly those in Manhattan, saw a steeper upward deviation from their 2020 sublet average than neighborhoods in the outer boroughs. 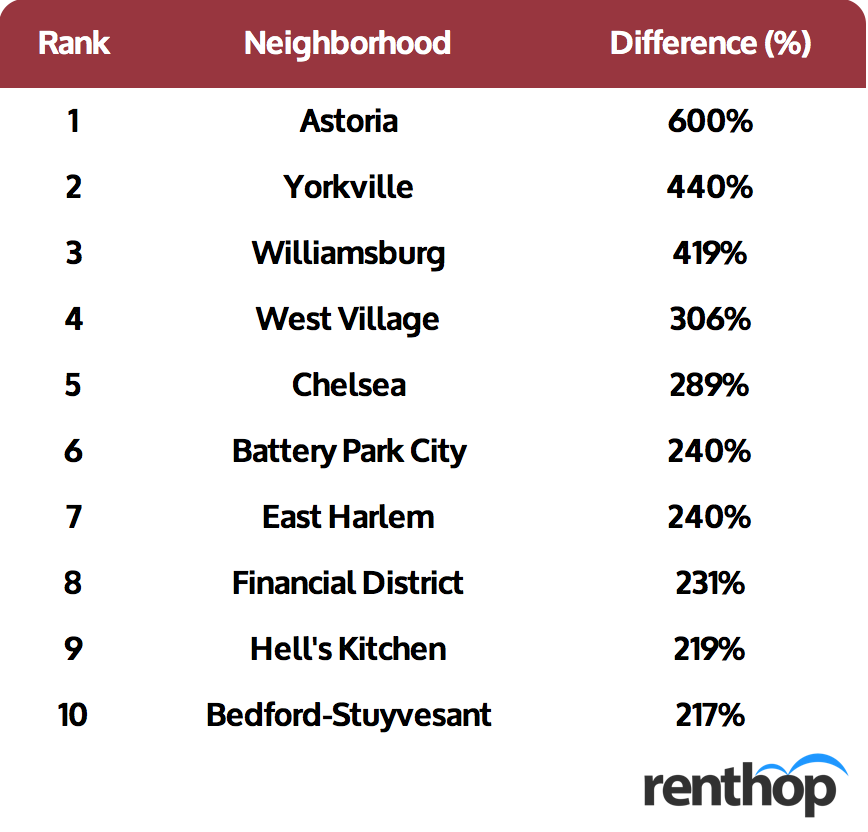