In mid-May we reported a massive spike in new NYC sublet listings through the first two weeks of the month. Based on RentHop’s apartment listing data running through the end of May and the first week of June, we can now confirm that total sublet listings are continuing to accelerate and set new records.

Combined with data from other sources such as The New York Times, this sudden spike in sublet listings may be considered early evidence the city is witnessing an outflow of residents to the suburbs or other metropolitan areas, likely as a consequence of the COVID-19 pandemic.

In this report, we’ll analyze the recent uptrend in new sublet listings on RentHop and highlight their outsized distribution in wealthy neighborhoods, particularly those in Manhattan1.

Sublet Listings Break Records in May 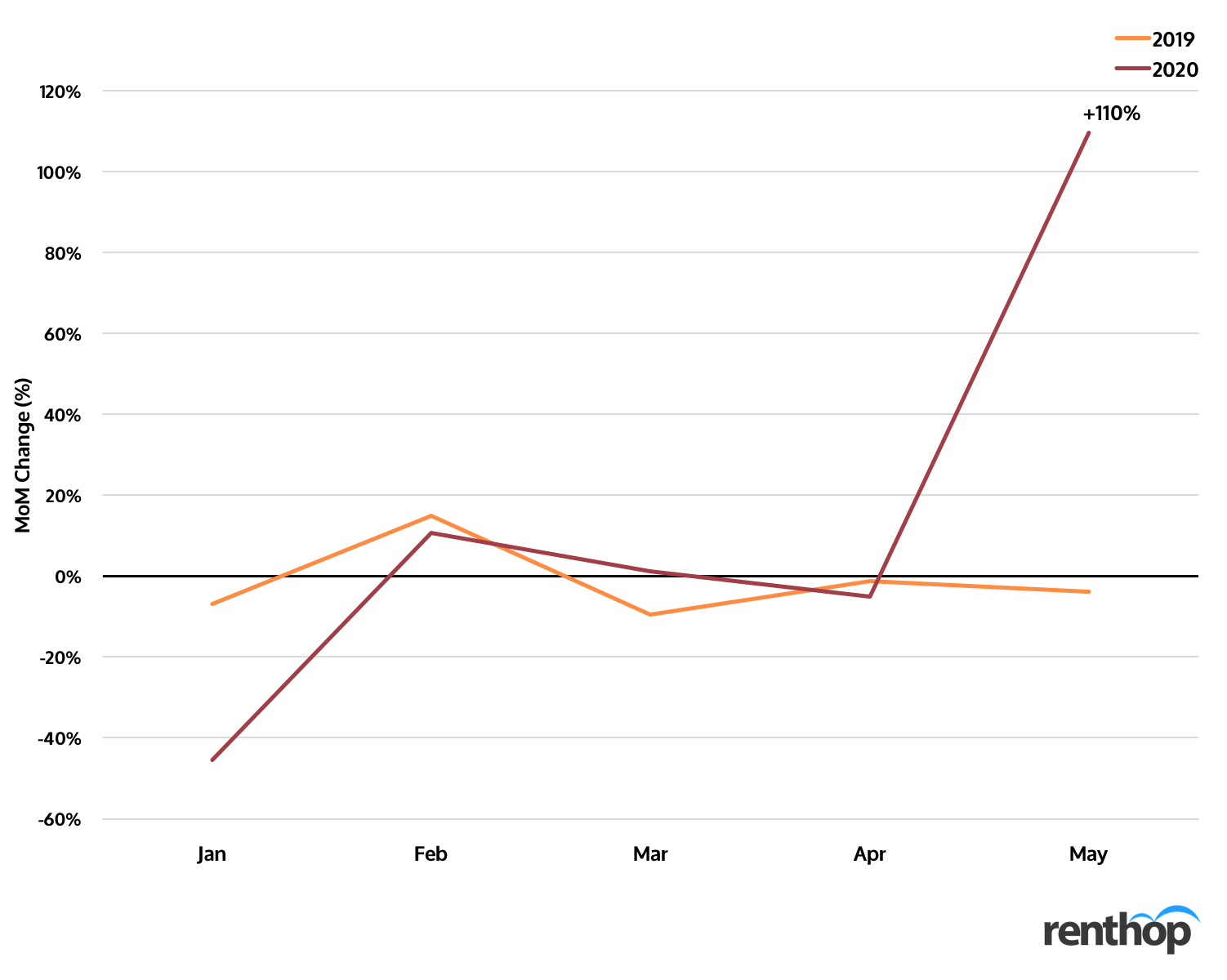 While sublet totals in May 2020 were off the charts, all signs are pointing to June seeing similar record-setting numbers. On Friday, June 5th, for example, renters created more sublet listings than on any other day in RentHop’s 11-year history. 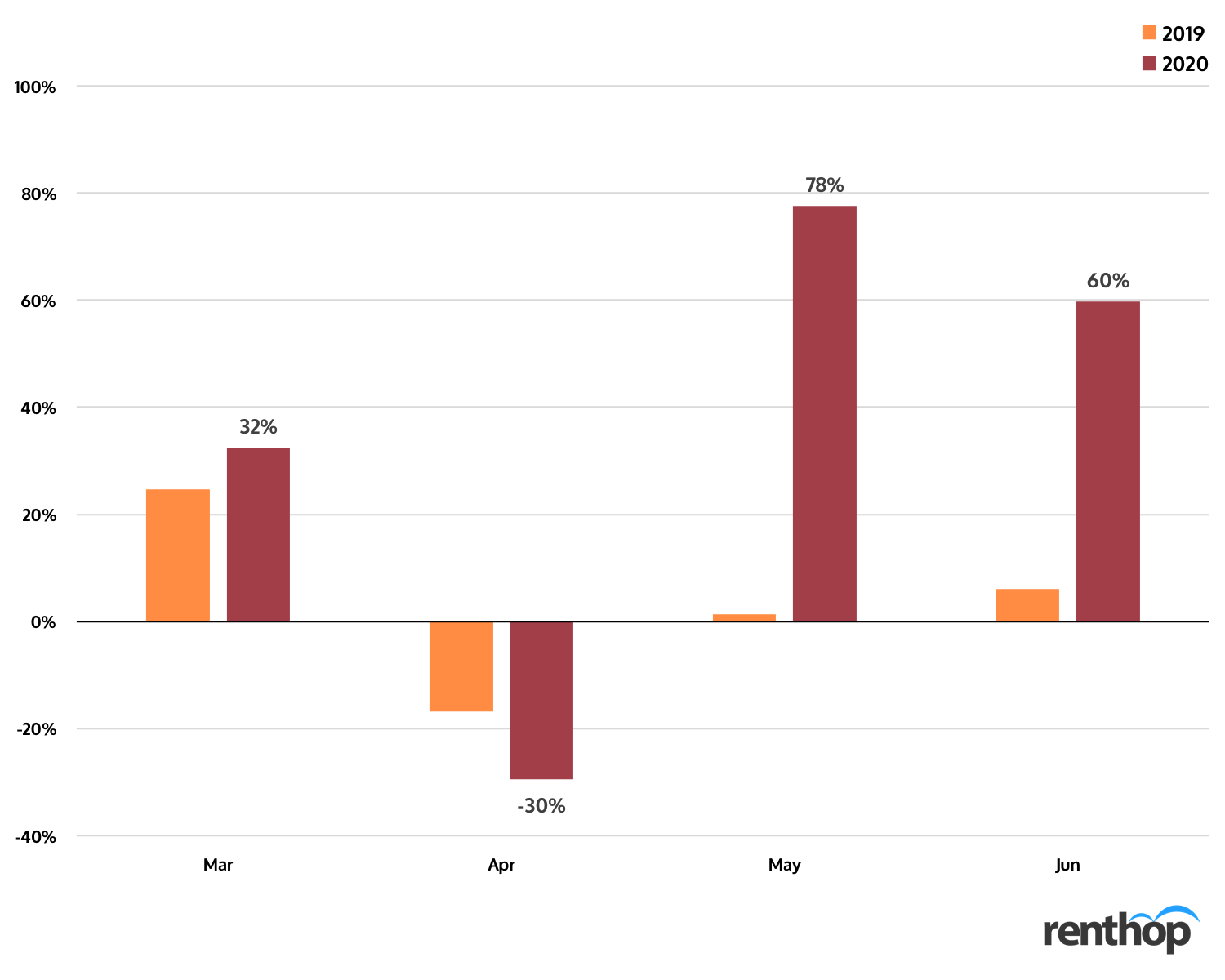 In May 2020, every NYC borough saw an acceleration in new sublet listings, however, wealthy neighborhoods, particularly those in Manhattan, saw a steeper upward deviation from their 2020 average than other neighborhoods. In Chelsea, for instance, the number of sublets in May was four times more than in April. Similarly, in West Village, one of the most expensive neighborhoods in New York City, the number doubled in the past month. 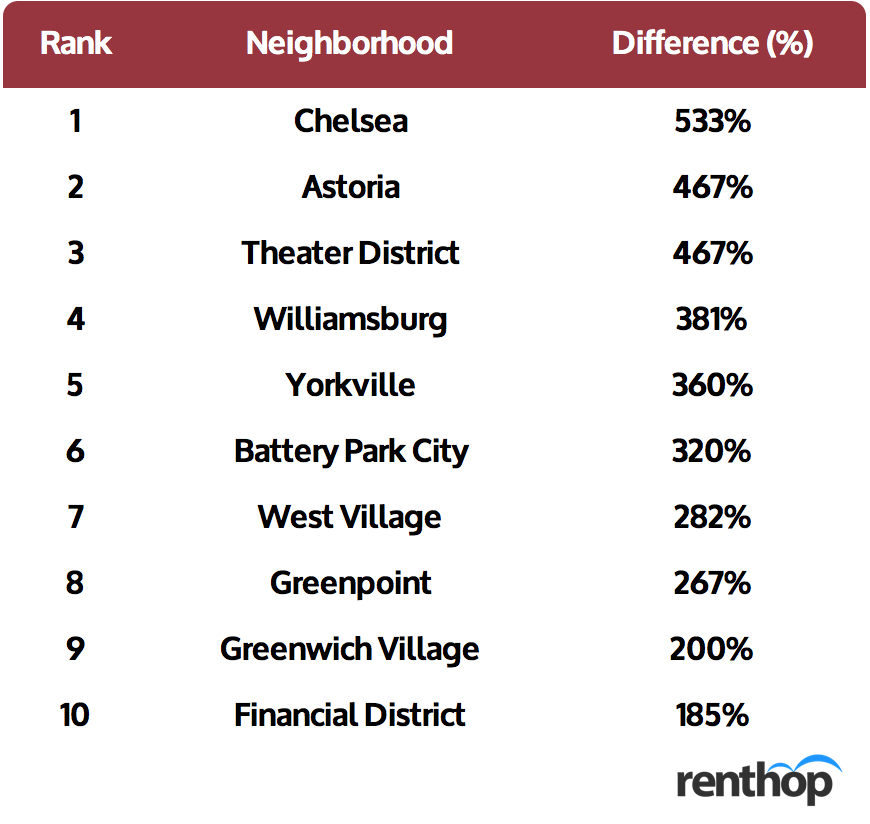