New York City, the epicenter of the COVID-19 pandemic in the United States, has experienced unprecedented health, economic, and social disruptions over the last two months. Based on RentHop’s apartment listing data, it now appears a record number of NYC renters are looking for subletters to take over their leases – early evidence the city may be seeing an outflow of residents to the suburbs or other metropolitan areas.

In this report, we’ll analyze the recent spike in the creation of sublet listings1 on RentHop and their outsized distribution in Manhattan versus the outer boroughs. 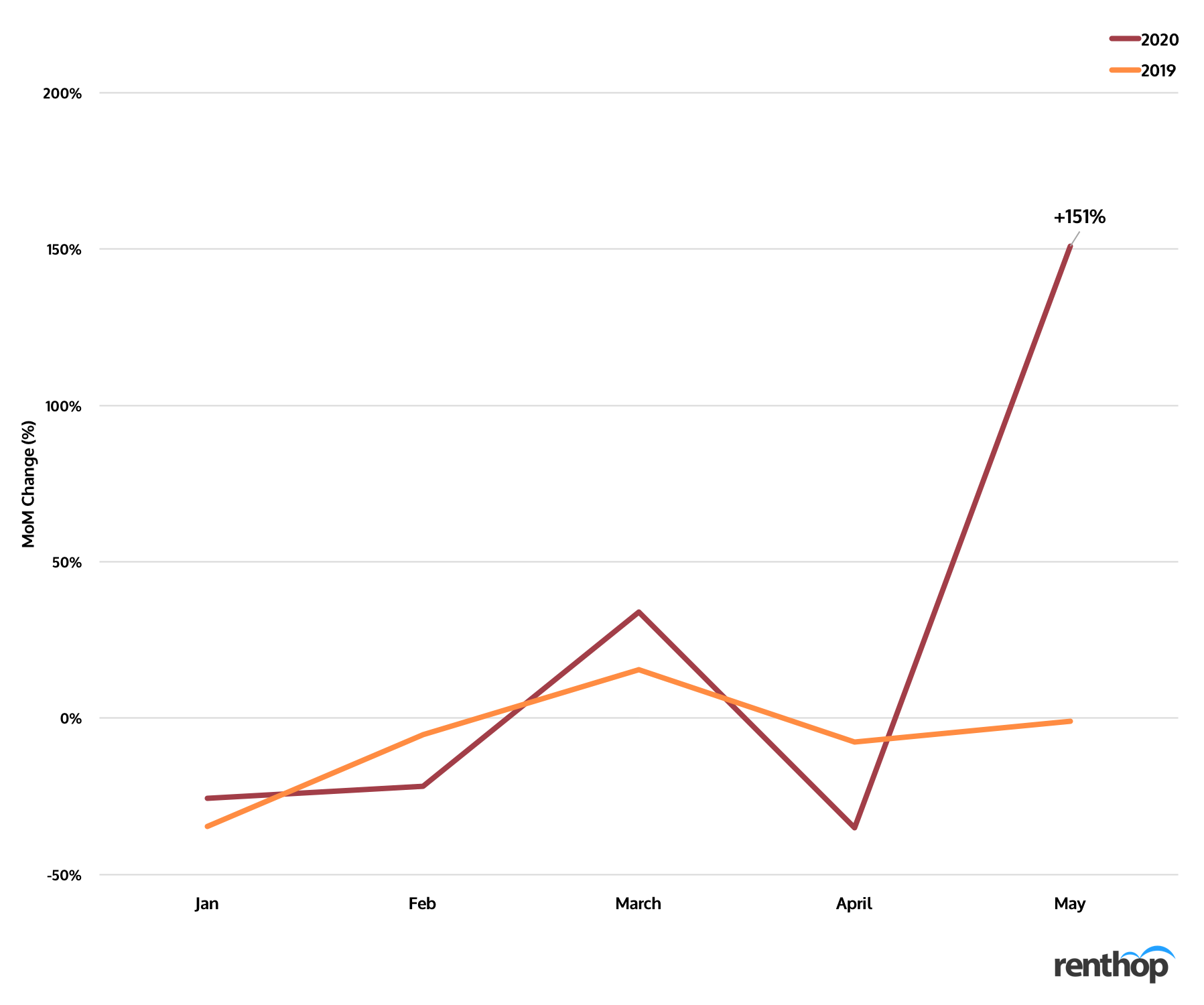 Every NYC borough saw an acceleration in new sublet listings in the first two weeks of May 2020 compared to their average in the first four months of the year. Notably, however, Manhattan neighborhoods saw a substantially larger deviation from their 2020 average than neighborhoods in the outer boroughs. Manhattan’s outsized share of new sublets may be due to the relatively higher average socioeconomic status of its residents and their ability to relocate out of the city.  Another factor potentially contributing to May 2020’s sudden sublet spike could be pent up demand as many renters held off on moving in late-March / early-April as the lockdown orders had just gone into effect. 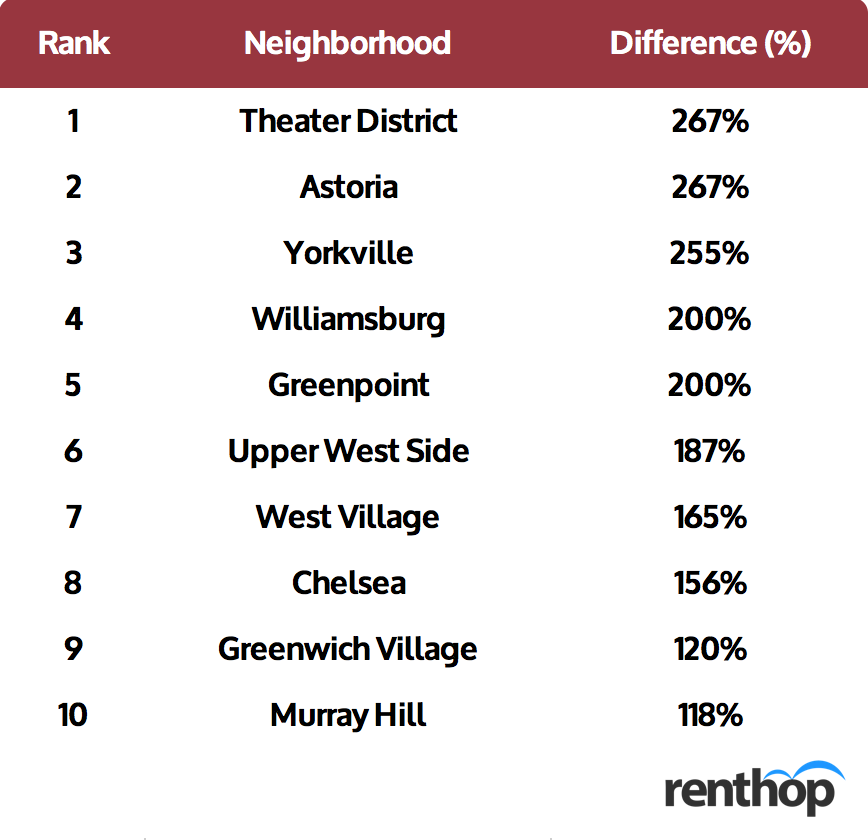 1. As used in this report, “sublet listings” are listings created by apartment renters seeking to find a new tenant to take over the remainder of their apartment lease. In NYC, finding a subletter is widely considered the most effective way to get out from under a lease without paying the steep contractual penalties triggered by an outright lease break.
↩
2. We analyzed the first two weeks of each month, as opposed to each month as a whole, because that’s the period when most renters create listings (generally about 1 month prior to their lease end dates).
↩