Upper East Side is the Quietest Neighborhood in Manhattan

In 2018, finding an apartment in NYC continues to be the easiest part of the process– finding a place you actually want to live, on the other hand, is much more difficult. In the hustle and bustle of NYC, some people put a huge emphasis on peace and quiet, preferring for their apartment to be a place of respite. With that in mind, RentHop’s data science team took a look at noise complaints in the city to give you a better understanding of which neighborhoods are the noisiest.

The Map Below Shows Noise Complaints by Neighborhood:

Note that the areas highlighted in gray refer to areas that had insufficient data (either by nature of the areas being nonresidential, less reliable rental data, etc.)

You can also look at individual neighborhoods using the following data table:

Note that you can sort on any of the fields by clicking the header column.

By Borough, the top 2 quietest and noisiest neighborhoods:

To make the above Map and data table, we used data from NYC’s open data portal, pulling 2018 year-to-date data. Then, to normalize the data, we pulled population data by NTA (neighborhood tabulation area) code provided by the NYC government.

For median 1-bedroom rental prices, we used RentHop’s proprietary rental data over the 2018 year-to-date, focusing on areas where we had sufficient rental data. 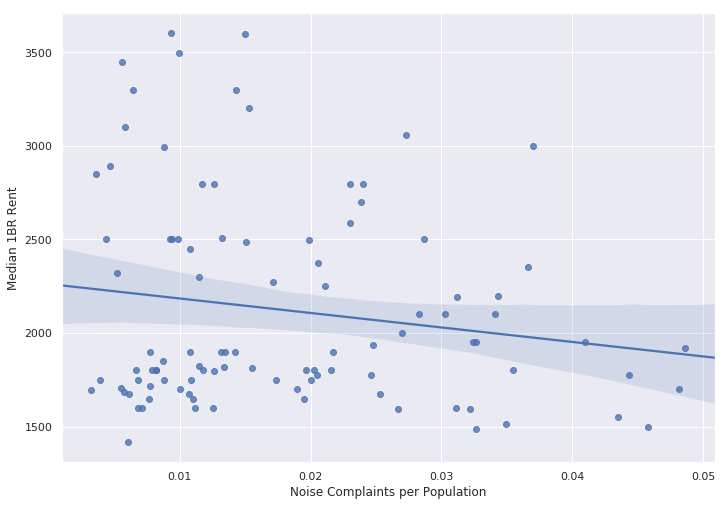 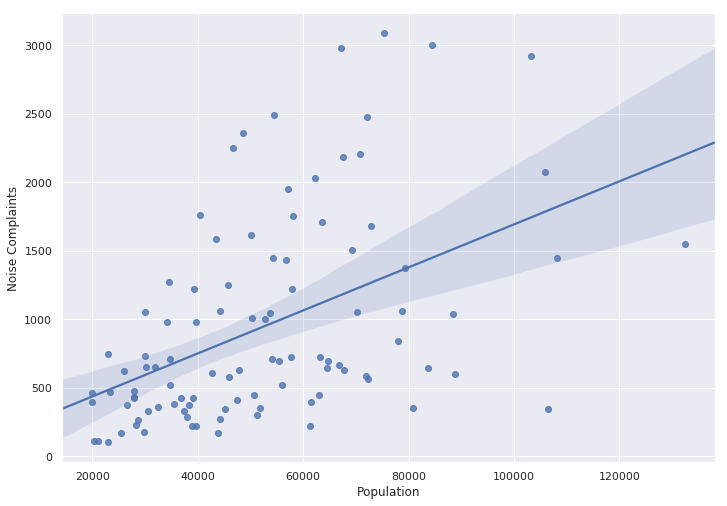 Is New York City truly the city that never sleeps? We’ve identified the quietest neighborhoods in 2018, but have also pulled the same data for 2017 (adjusting for months so that we’re making apples-to-apples comparisons). In the table below, you can see how the number of noise complaints differs from 2017 to 2018 over the same time period. In total, noise complaints in the analyzed neighborhoods have dropped by 6.8% year over year!

What does this mean for you?

While there’s no escaping the noisiness of New York City, having insight into which neighborhoods are noisiest can be an important data point in your apartment search. This combined with avoiding rats and potentially saving rent by adding onto your commute can be an important consideration when thinking about where you want to move in New York City.