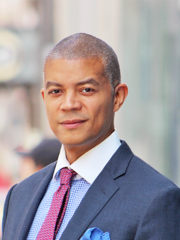 (212) 361-9010
Agent Profile
Truly outstanding customer service when renting or buying your new home should not be "luck of the draw."

As the former founder of one of NYC's most grueling workout studios, outstanding customer service and guaranteed results are the core tenets at the center of Michael-Christopher's ethos. The Upper East Side and Manhattan are great places to live and work, which is why Michael-Christopher chose to call it home. With roots in Philadelphia, Michael-Christopher came to the New York City metro area after graduating college to work in film and television as a production assistant.

Ever the entrepreneur, customer service and sales have always been what drives him. After his tv & film career he opened a personal training studio which quickly gained a reputation for out of this world customer service and guaranteed results. His clients stayed with him an average of three years. The results were already delivered and they stayed on anyway. They felt seen, heard, cared for and never ever rushed. As one client put it, "you never make me feel like you're watching the clock."

This lead to his growth and opening a much larger group fitness studio which quickly gained a reputation for being both grueling and becoming a lot of people's "second home" due to the amazing family like atmosphere that was built.

Michael-Christopher has always been enamored with NYC real estate and the pandemic has provided an amazing opportunity for him to apply his amazing track record of phenomenal customer service to this amazing industry.