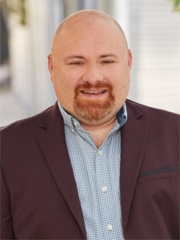 4 Renter Reviews
Agent Profile
Nick Rafter was born in Ozone Park, Queens to a father from Brooklyn and a mother from Manhattan. As a true native New Yorker, he has a deep passion for the city he grew up in, and likes nothing more than helping his clients find a home they love.
Nick specializes in North Brooklyn rentals and sales, and also in his home borough of Queens, especially the neighborhoods of Long Island City, Astoria, Ridgewood and Forest Hills. He has a strong knowledge of the communities and inventory, and is very attentive and responsive to his clients. "I make myself available whenever I am needed and am very helpful in walking a client through the search and application process, step by step. I'll be your partner until you move into the home you love, and will keep in touch long afterwards until you need me again."
Other characteristics that make Nick an effective real estate agent are his outgoing nature, open communication, and inquisitive, thorough approach which was honed in his prior career. Nick previously worked in journalism as a producer for PBS, and spent six years as a reporter and editor at local newspapers, with real estate being one of his major beats. He graduated from Hofstra University with a Bachelors of Arts in Political Science.
Still residing in native borough of Queens, Nick is an Anglophile who loves to read historical novels in his free time, especially those about the history of European monarchies. Neighborhood Expertise: Williamsburg, Astoria, Long Island City Languages Spoken: English
Reviews
Nick was great in helping me upgrade from a small studio to the perfect one bedroom. Nick respected my budget and helped me find an apartment in my first choice neighborhood. Nick scheduled several showings in one evening, making it easy to find an apartment with my busy schedule. He was available to answer any questions at every stage through the process. Highly recommend Nick for anyone looking for a new home!
Veronica, April 2018
Excellent experience. Quick, truthful responses to any and all questions throughout the entire process. Made himself available at any time even on short notice.
Bryce Franzmann, December 1969
Nick is an absolute pleasure to work with. He was attentive to every message I sent, from first inquiry to tips on moving in. Nick listens to what youâre looking for and stays within those parameters while also offering suggestions that might be brand new to the market. I never felt like I was getting duped while working with Nick. Plus, he knows so much about the city and all the different neighborhoods that visiting my options was a ton of fun! Working with Nick is no mistake if youâre looking for an advocate who is fair, honest, committed and friendly and who will take you from overwhelmed to confident in your search for a new place to live.
Thais Reis-Henrie, December 1969
I recently moved to New York from San Francisco and had been looking for an apartment in Brooklyn. I had already spoken to a few brokers and landlords; it wasn't that great of an experience. When I reached out to Nick, he immediately responded and made himself available to meet. He was very helpful, easy-going, informative, transparent and made the whole experience of finding an apartment great! He knew that I had to move into an apartment quickly, so he prepped me beforehand with all the paperwork that was required. Once I handed it all over to him, BOOM! I was signing the lease for my beautiful apartment! A week after signing the lease, Nick followed up to make sure the move went well and asked if I needed anything. It was comforting to know that he's looking out for me. I plan on recommending Nick to anyone looking to move to New York or find a new apartment.
Casey Stuart, December 1969
Check Availability
Please verify your phone/email
Enter the 6-digit code sent to and below to continue
Apartments for Rent in Top Cities
Atlanta Apartments
Austin Apartments
Baltimore Apartments
Boston Apartments
Chicago Apartments
Dallas Apartments
Denver Apartments
Detroit Apartments
Houston Apartments
Indianapolis Apartments
Las Vegas Apartments
Los Angeles Apartments
Miami Apartments
Minneapolis Apartments
Nashville Apartments
New York City Apartments
Orlando Apartments
Philadelphia Apartments
Phoenix Apartments
San Antonio Apartments
San Diego Apartments
San Francisco Apartments
Seattle Apartments
Washington DC Apartments
Company
About
Press
Terms
Privacy
Don't Sell My Info
Renters
Find Elite Agents
Renter's Guide
Help and Answers
Blog
Rent Calculator
Discover
Research and Studies
Stats and Trends
Mobile App
Popular Areas
CitySignal
Join Us
Advertise on RentHop
Jobs - We're Hiring!