Four Questions to Ask When Picking a Neighborhood

What neighborhood do you want to live in? It’s one of the first questions you’ll ask when you’re looking for an apartment, and certainly one of the first that a real estate agent will ask. New York has so many diverse neighborhoods that it can be hard to pick between them. If you’re new to the city it’s even harder; you won’t have direct experience, and unless your friends or relatives live there you have very few resources that you know you can trust. That’s a lot of neighborhoods!

Source: Beyond my Ken

You need to narrow down your search at least a little bit. Below is our list of the four most important questions to ask, along with some resources to help you.

Some “neighborhoods” are extremely large areas; others are quite small. The Upper West Side is enormous – almost 1.9 square miles and some 150,000 residents. SoHo is much smaller – about 0.34 square miles and some 13,000 residents. The Upper West Side has at least four sub-neighborhoods (Manhattan Valley, Lincoln Square, Ansonia, Morningside Heights). 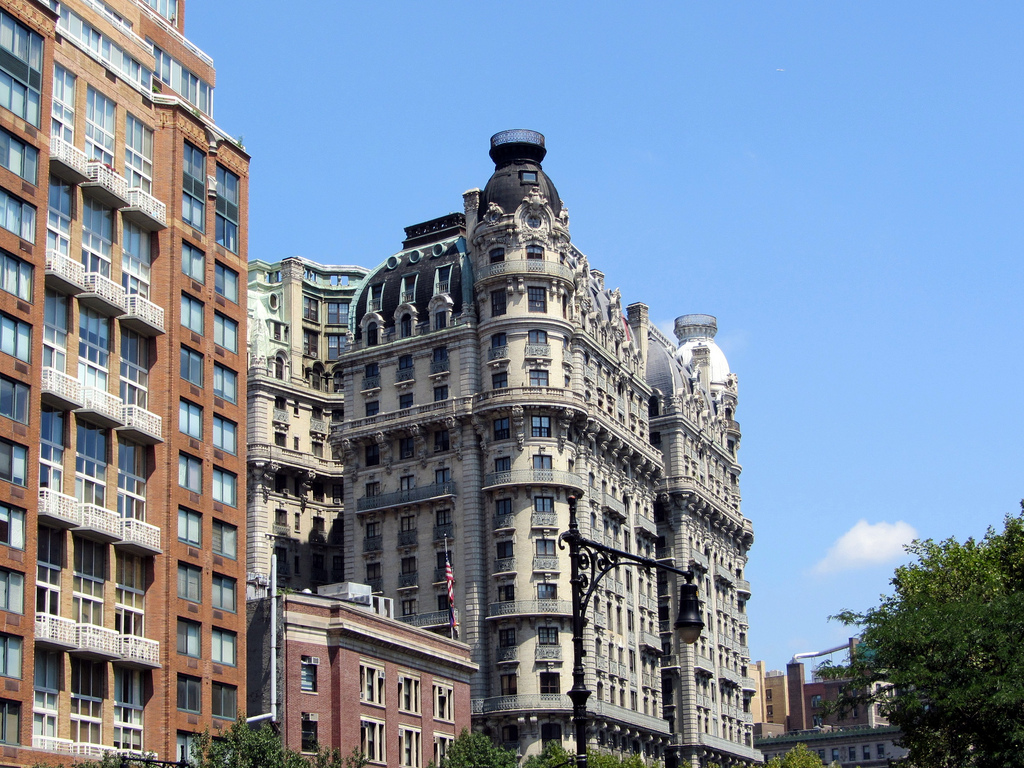 The Ansonia, in the UWS. 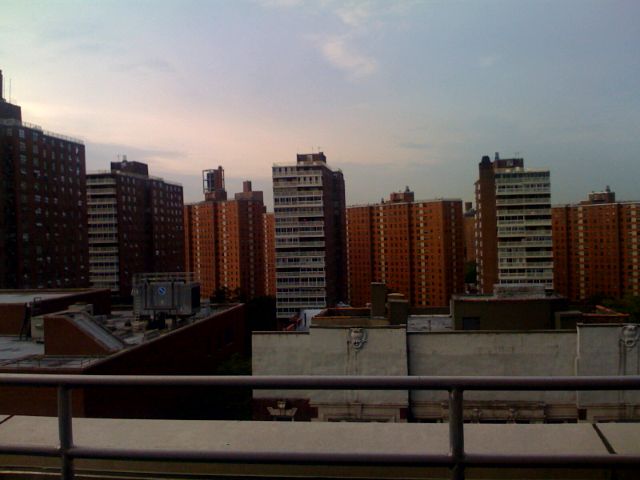 Morningside Heights, also in the UWS, but very different.

This matters a lot. First, smaller neighborhoods have fewer apartments from which to choose. If your heart is set on living in TriBeCa, recognize that there won’t be many choices and that competition for them will be strong. Second, larger neighborhoods have diverse sub-neighborhoods. This means you might be able to find the best of all worlds – a small area that is different from, but complementary to, the neighborhood generally. (Imagine a quiet residential street just a few blocks off a busy avenue.) Be careful when you’re looking at apartment listings, though; Morningside Heights and Lincoln Square are both in the Upper West Side, but are very different from each other.

(2)  What things are most important to you about where you live?

Some things are generally true about New York. First, it’s pretty safe (especially Manhattan); crime rates here are at are near the lowest among the top 25 U.S. cities by population. You should check crime statistics for any neighborhood you’re considering, though. (Here’s a great resource for that.) Second, there are lots of people. New York is far and away the most populated city in the US, and even though some neighborhoods are less-crowded than others, you’ll find few sparsely-populated neighborhoods.

Almost everything else you can think of varies widely.  Here’s a short, non-exhaustive list of things you might think about:

Personality.  What kind of people live there?  How homogenous is the neighborhood? The personalities of New York’s neighborhoods is a blog post all its own (see here and here for some examples.) Don’t just rely on one or two sources, though. 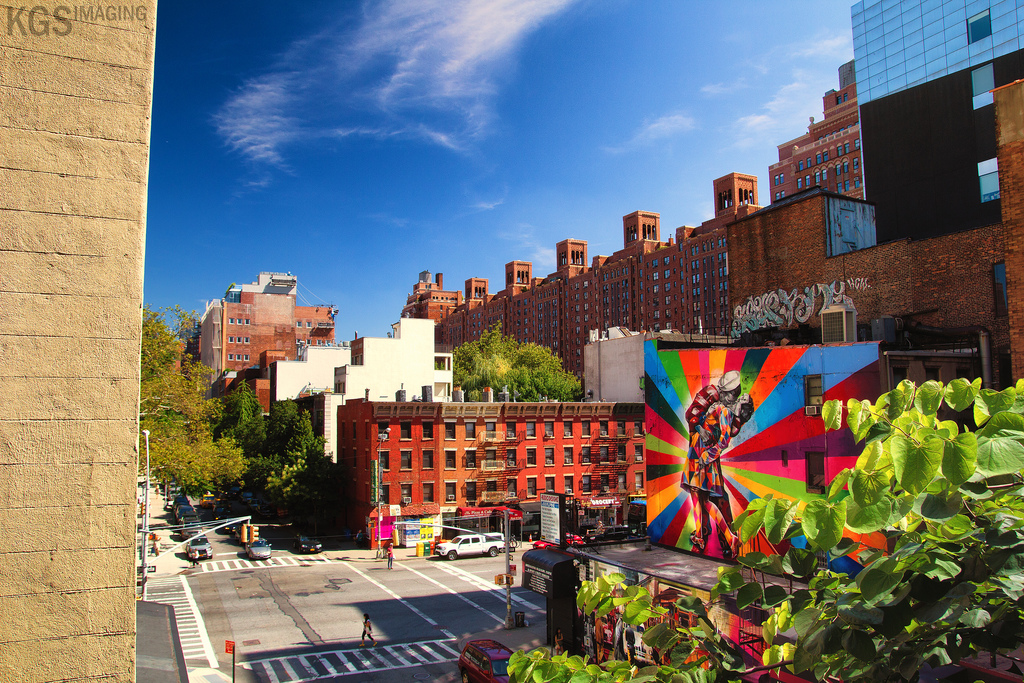 Some awesome color in Chelsea, viewed from the High Line.

Building features.  Buildings with certain types of features are more common in some neighborhoods than others. For example, if you’re dead-set on living in a luxury high-rise with doorman and elevator, you’ll find that there are more choices in the Financial District and Midtown than in Murray Hill or Harlem. If you want a pre-war walkup, you won’t find much in Battery Park City.

Social outlets.  Do you want to live somewhere with lots of bars, restaurants, movie theaters and shopping? Or would you prefer a quieter area?

When you’ve figured out what’s important to you, the follow-up question is “what tradeoffs are you willing to make to have those things?” You may need to make some tough choices.

Here’s a great resource on this topic from New York Magazine.

(3)  How much can you spend, and what kind of apartment do you need?

Rents in some neighborhoods are higher than in others. And some types of apartment are more common in some neighborhoods than others. Lofts are more common in SoHo than they are elsewhere; 3- and 4-bedroom apartments are easier to find in the Upper East Side than in the West Village. Median prices in the Upper East Side are lower than they are in TriBeCa.

There are deals in every neighborhood; internet listing services like RentHop can quickly help you screen for them. Go have a look! (And recognize that if a listing looks too good to be true it probably is.) But don’t spend all your time waiting for a great deal to appear. Use your time (and your broker’s time, if you have one) productively by thinking realistically about what you need and where you’re likeliest to find it in your price range.

(4)  How close do you want to be to public transit, and which lines do you need?

Proximity to public transit is everything in New York City, since owning a car is impractical and very expensive. Fortunately New York has the largest public transit system in the US, and it operates 24-7. There are 421 subway stations in New York (but note that they aren’t evenly distributed across the boroughs). New York’s bus network is similarly diverse and easily-accessible — there are over 300 bus routes, 5,600 buses and 15,000 bus stops across the five boroughs.

Good luck with your search!

And while you’re thinking about places to live, consider NYC’s hottest and coldest neighborhoods.