4 Great Ways to Experience NYC Culture on the Cheap

New York is filled with more cultural events than anyone could possibly enjoy in a lifetime.  But museums and theater can be very expensive.  Not to worry — real New Yorkers know the ways around expensive admission fees and budget-busting tickets.  Here are some tips to enjoy the best the city has to offer at a price anyone can afford.

MoMA, a New York fixture since 1929 and the first art museum in NYC devoted to the modern era, reopened in 2004 after a major renovation and is one of the most celebrated museums in the world.  With works by Picasso, Monet, Van Gogh, Andy Warhol, and many others, the museum is a must-visit — but admission isn’t cheap.  Normal price at MoMA is $25 ($14 for students), but if you go on Friday evenings (4pm-8pm) you get in for free.  Yes, you have to line up early, and the museum might be a bit more crowded than usual, but if you’re looking to save money, it’s hard to beat free.  (NOTE: Bank of America and Merrill Lynch credit card holders can also get in for free on the first weekend of every month — to MoMA and other NYC museums, and over 150 museums nationwide.) 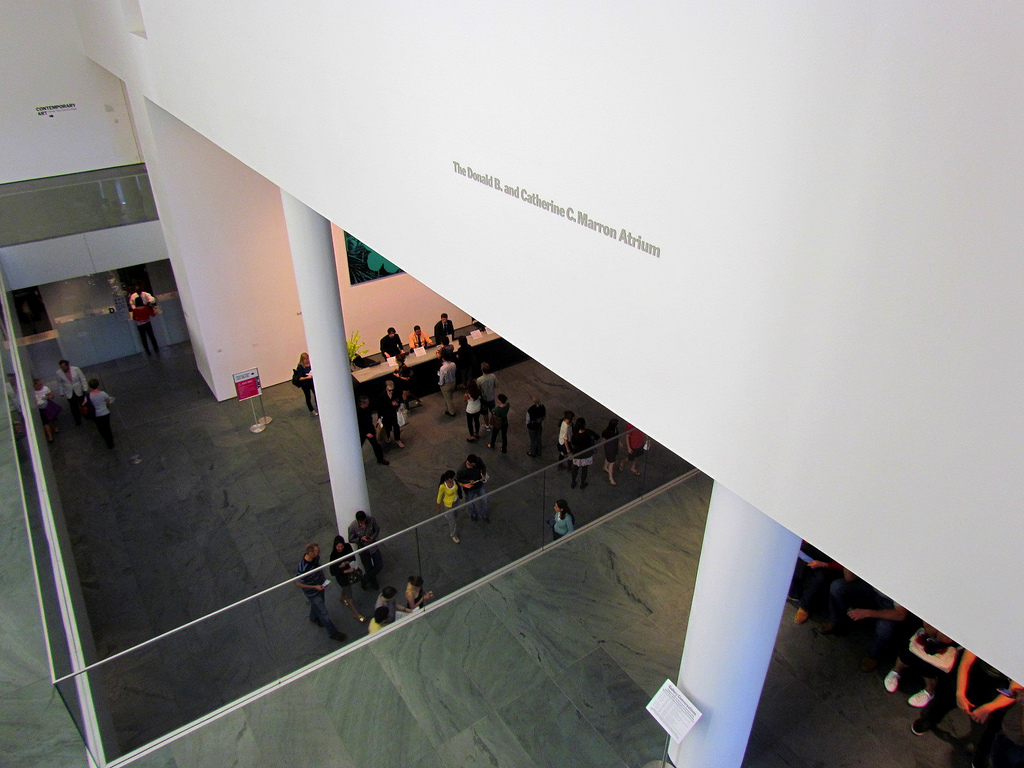 Be advised: the lines at MoMA can be long. It’s worth it, though.

Many of New York City’s top museums share a secret: if you squint at the sign, beneath the hefty admission fee, you’ll see the word “recommended.”  An 1893 New York State law requires certain museums to be open to the public for free.  And even though the cashiers may first quote you the full price of admission, you are permitted to pay whatever you wish to visit the Metropolitan Museum of Art, the Cloisters, the American Museum of Natural History, the Brooklyn Museum, the Museum of the City of New York, and more. A 2013 lawsuit fought for the word “recommended” to appear larger on the signs, and for the museums to have to be more forthcoming about the policy, but the museums won, leaving the “pay what you want” option as still a bit of a New York secret.  (Despite what might be a longer subway ride, definitely don’t miss the Brooklyn Museum — its installations and exhibits, including a current temporary exhibition on war photography — are world-class.  Plus, you can avoid the crowds at the Met.) 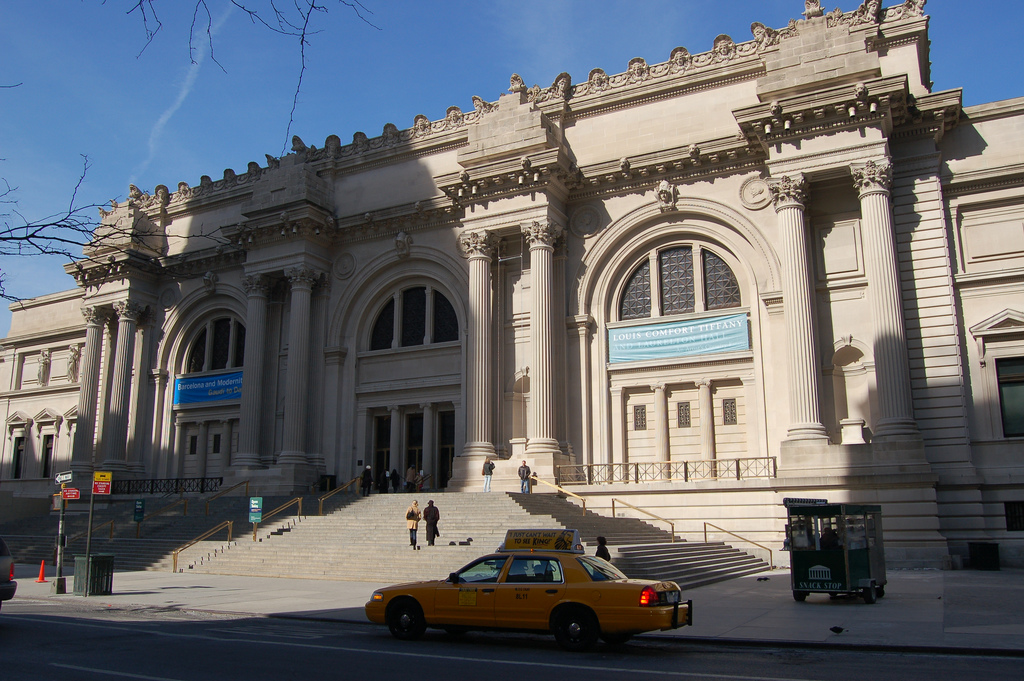 The Met has some of the best art around

Theater-loving New Yorkers know that for same-day Broadway and off-Broadway tickets, the place to go is TKTS.  These three booths, located in Times Square, downtown Brooklyn, and at the South Street Seaport, offer tickets at 40% and 50% off for shows that aren’t sold out — virtually every show playing.  And while those discounts are terrific, for many shows you can do even better.  Depending on the theater, most shows have last-minute student rush tickets available for $20 or $30, or same-day raffles for a handful of cheap seats.  But the true theatergoer knows an even bigger secret — a handful of subscription services exist, costing around $100/year, offering tickets to Broadway and off-Broadway shows for as little as $4 per seat.  It won’t be the hottest shows, and tickets will often be last-minute, but for shows in previews or that aren’t selling well — or if you’re looking to see lots of shows, and don’t always want to pay a fortune — these services are perfect for you.  (Check out theaterextras.com, audienceextras.com, and play-by-play.com — the services are all very similar to each other.) 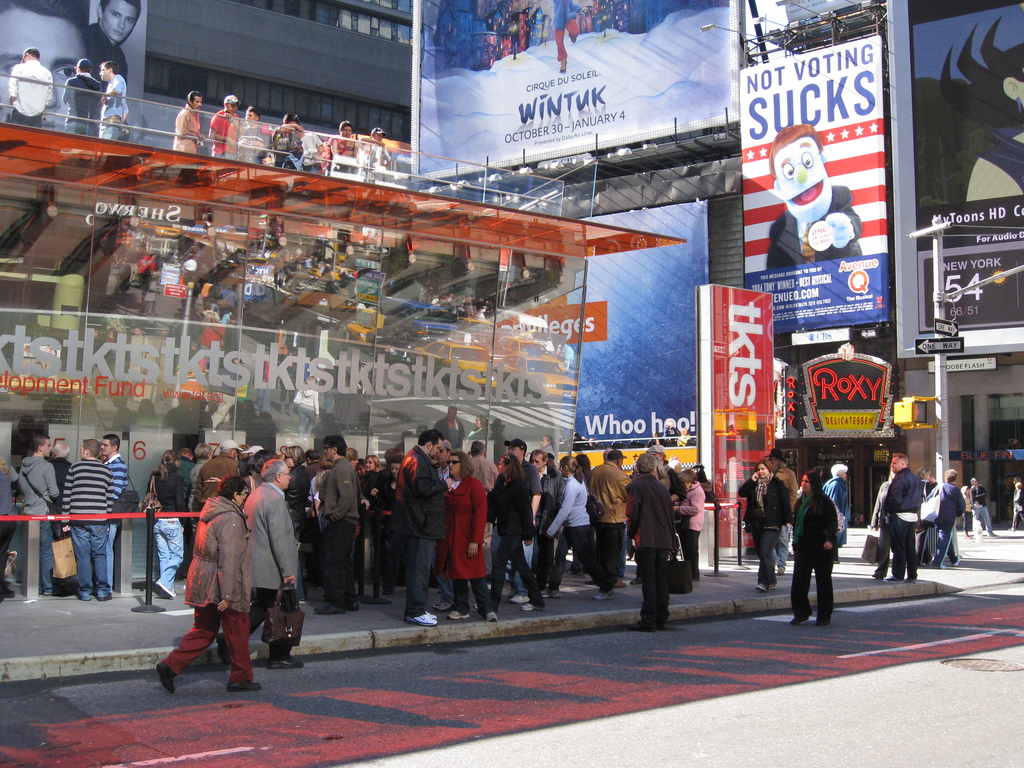 Standing outside in the cold might be uncomfortable, but the tix are definitely worth it

It’s hard to imagine in the dead of winter, but as the weather turns warm, the city becomes a beautiful backdrop to watch a movie. A number of locations throughout the city offer free movies in the park, weekly throughout the spring and summer months when weather permits. Each park releases its schedule closer to the summer, but it’s often a mix of classics and newer films. And, especially for a night out with a group of friends, you can’t beat the price! 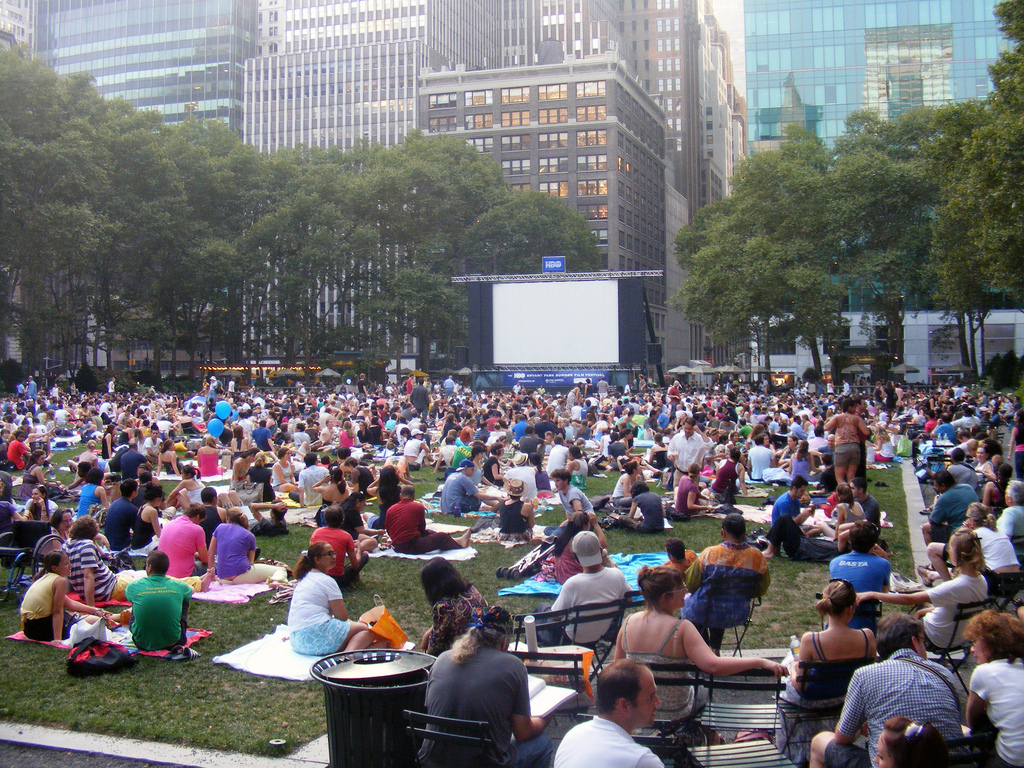 You’re not a New Yorker until you’ve done this

Learn more about free and discounted museum admissions, including free Saturday nights at the Guggenheim.