So there you are, walking along in the sun, finally enjoying summertime in New York. The wind is blowing back your hair and your brand new sandals look fabulous and it's not even that humid out today and then... Squish! That sticky, stinky horror: you've stepped in dog poop. Suddenly the wind stops, your hair is frizzing, and you remember why summer in the city can be so disgusting. That pile of garbage looks like it's going to either melt or explode, the pavement is burning up, and that aroma of feces on the bottom of your shoe is all-consuming.

It's Not Our Fault! 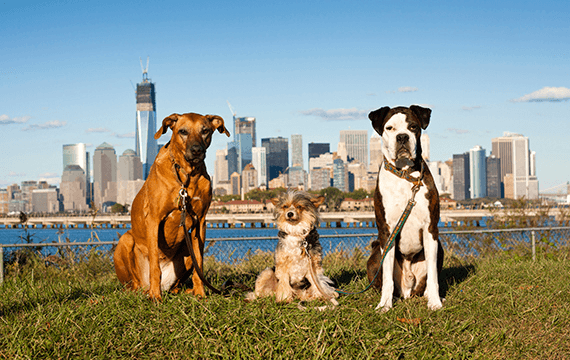 There are over 84,000 registered dogs in New York City and the Department of Health estimates that's just 20% of the total dog population. In 2015 there were 2,600 complaints made to the city about poop on the sidewalks. Even if you disregard the health hazards (which you shouldn't: Dog feces are said to carry 23 million fecal coliform bacteria per gram and studies have pointed 20% to 30% of the bacteria in urban water supplies to dog feces), and even when the poop is bedazzled, dog waste on our streets is just crappy. If we take the DoH's estimate, we're looking at closer to 420,000 dogs running around, peeing on trees, and of course, pooping on the sidewalk.

Some Neighborhoods Have Cleaned Up, Others Not So Much 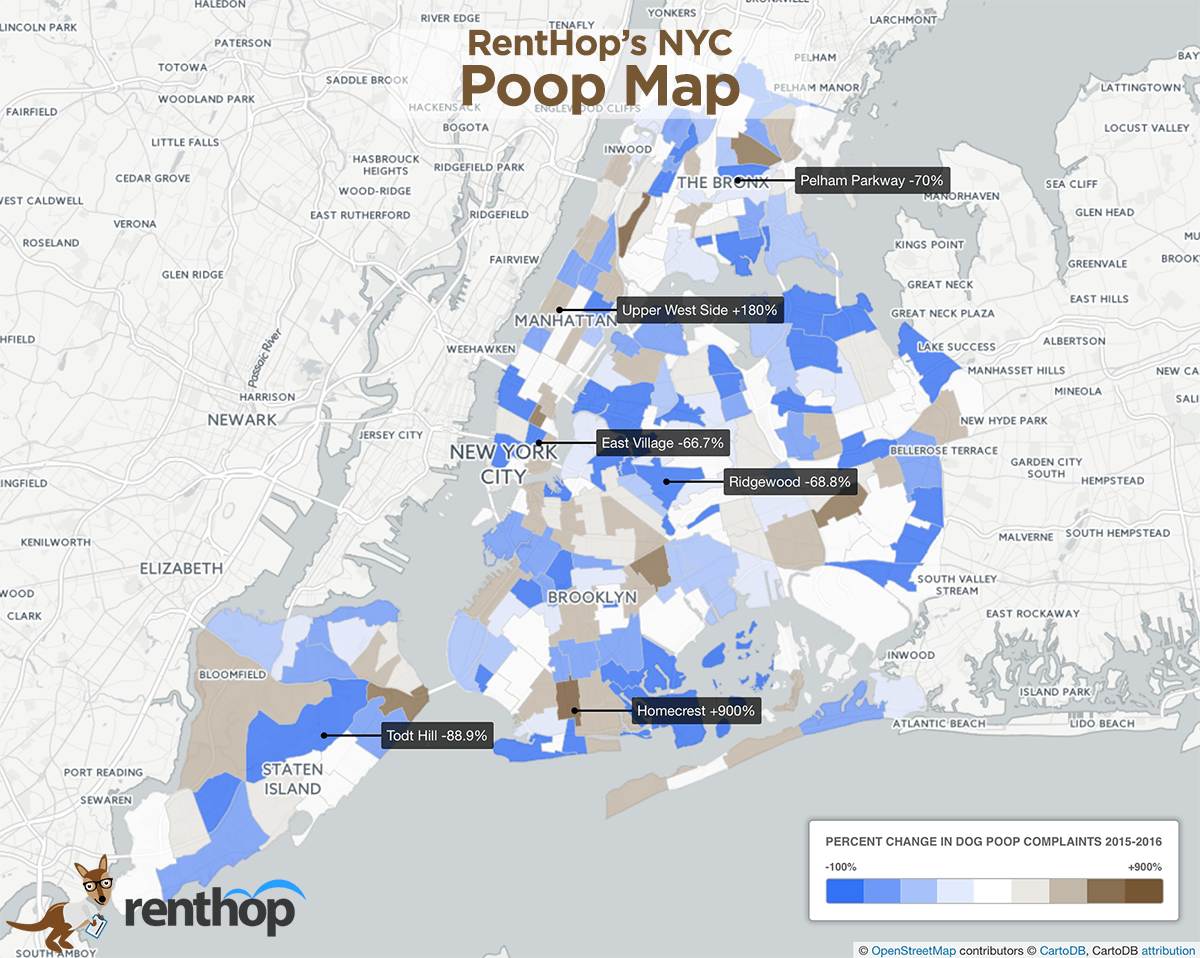 We compared the number of poop complaints from January-June 2015 to January-June of 2016 to see if dog owners in each neighborhood are cleaning up better or worse than last year.

These Neighborhoods Had Notable Complaint Decreases:


These Neighborhoods Had Notable Complaint Increases:

In 2015, across New York City, there were 2,600 complaints made. Just 305 of those complaints were in Manhattan, despite Manhattan having the high proportion of (registered) dogs. While this doesn't exactly mean that Manhattan has the highest number of dogs, or that the dog owners of Manhattan are better than other areas. The table above should lend some insight though. The Bronx, Brooklyn, and Queens all had a nearly identical number of complaints last year. Despite this, it seems Bronx dog owners are cleaning up least, with the highest density of complaints, and the lowest percentage of the city's registered dogs.

Revisiting the Department of Health's estimate that only 20% of dogs are registered, it wouldn't be unreasonable to predict that the type of person that doesn't register their dog may be the same that doesn't pick up after it.

When Do The Complaints Come In?

We also wanted to know what time of year are people making the most complaints. When are the streets disgusting enough to lead us jaded New Yorkers to actually call the city? We assumed that the most 311 reports regarding dog poops would be made during the summer when more people are walking about and spending time outside with their dogs enjoying the warmth of the sun.

It turns out that at the end of winter, in February and March, there's an overwhelming increase in dog poop complaints. The new and unpleasant theory is that as the snowbanks melt, the poops that have been frozen and hiding begin to become visible again and the sidewalks become a haven of melting feces and the calls start coming in.

The graph below shows complaints made from January 2010 to June 2016. You can very clearly see a strong pattern of end-of-winter calls. 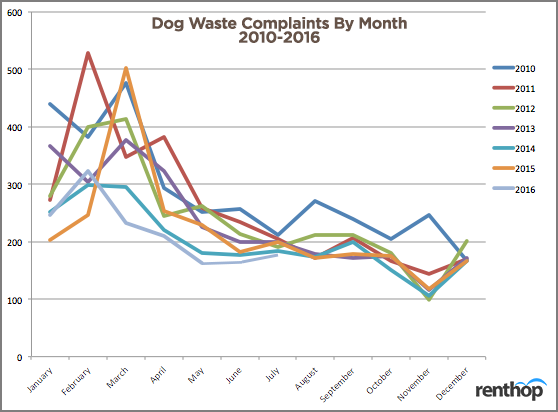 Hopefully with a little more awareness and a bit more love for their pets, dog owners will keep the improvements on track this year and we'll continue to see cleaner streets.

If you’re in the market for a new apartment, or were just influenced to move because of this study, be sure to check out our extensive selection of New York City apartments for rent.