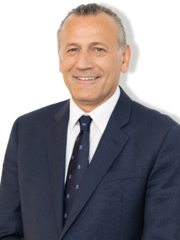 4 Renter Reviews
Agent Profile
Originally from Croatia, Milos came to the United States in the late 1990s because of the war in former Yugoslavia. When deciding where to relocate, he knew he wanted to come to New York because of its dynamic energy and the wide variety of opportunities it has to offer. Now, as a bona fide New Yorker after 24 years who has lived in almost every borough, he is eager to stand out as a top agent in the city's unique real estate market.

Having previously worked in the restaurant industry, food and beverage sales, and transportation services, Milos's ten years of sales experience has made him adept at client services. He prides himself on his quick communication and his responsiveness to his clients' wants and needs, and he sees their success in achieving their real estate goals as his own. As a former web developer and programmer, he is also always calculating the best strategy for his clients, and he is building relationships with new construction projects throughout the city to be able to offer the best options in housing.

In his free time, Milos enjoys staying active, especially through running. One of his biggest accomplishments was completing the New York City Marathon in 2019. He also loves to travel to new places whenever he can. Milos is fluent in Serbo-Croatian and German.

Neighborhood Expertise: Financial District, Battery Park City, Tribeca Languages Spoken: English, Serbian ,Croatian,German.
Reviews
Milos Popovic was very helpful to my husband and I in finding a rental apartment in Manhattan. He was very patient and knowledgable. In addition, he showed us wonderful apartments that incorporated our wish list.
Lynn/Michael, September 2022
Milos was one of the most thorough people I've ever worked with, ensuring that ever detail was noted and that my questions were answered quickly. In between meetings with other clients, late nights and weekends, Milos was responding and giving me status updates and providing documents before I even knew I would need them. I look forward to working with him again in the future.
Jessica, September 2022
Milos is very professional, respectful and extremely helpful! He was very communicative, and diligent on sending me different options of apartments. Since I was moving from out of state he was very accommodating with visiting apartments for me and doing FaceTime tours. It was a great pleasure working with him and I’d recommend him to everyone!
Sasha, September 2022
Trust is sometime thought to be a thing of the past. On just day 8 of apartment search, I met Mr. Milos Popovic via phone call. Every step of the way Milos was sure to assist in any and possible. A short time later I’m on my way to live on Wall St. How’s that from RAGS TO RICHES!;) Thank you Platinum Properties and of course Mr. Milos himself. Excellent Customer Service.
Jacqueline Rosellini , September 2022
Check Availability
Please verify your phone/email
Enter the 6-digit code sent to or download the RentHop mobile app to continue.
Apartments for Rent in Top Cities
Atlanta Apartments
Austin Apartments
Baltimore Apartments
Boston Apartments
Chicago Apartments
Dallas Apartments
Denver Apartments
Detroit Apartments
Houston Apartments
Indianapolis Apartments
Las Vegas Apartments
Los Angeles Apartments
Miami Apartments
Minneapolis Apartments
Nashville Apartments
New York City Apartments
Orlando Apartments
Philadelphia Apartments
Phoenix Apartments
San Antonio Apartments
San Diego Apartments
San Francisco Apartments
Seattle Apartments
Washington DC Apartments
Company
About
Press
Terms
Privacy
Do Not Share or
Sell My Personal
Info
California Privacy Notice
Renters
Find Elite Agents
Renter's Guide
Help and Answers
Blog
Rent Calculator
Discover
Research and Studies
Stats and Trends
Mobile App
Popular Areas
CitySignal
Join Us
Advertise on RentHop
Plans and Pricing
Jobs - We're Hiring!