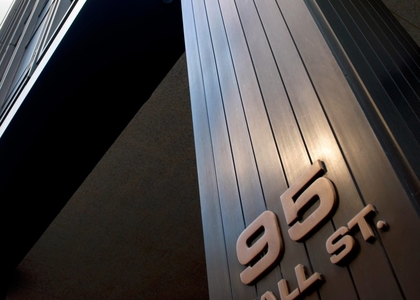 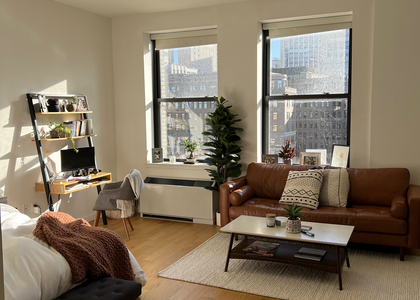 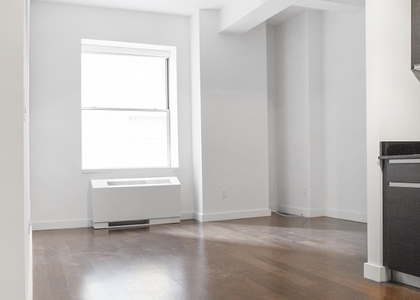 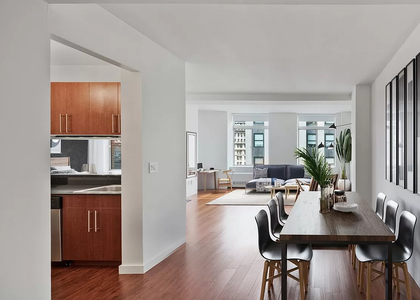 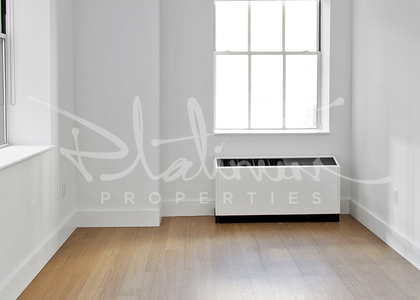 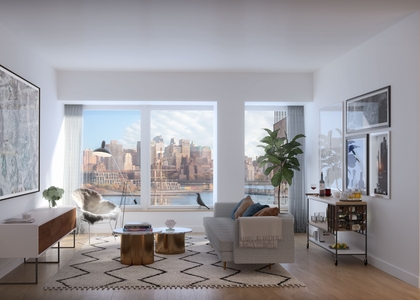 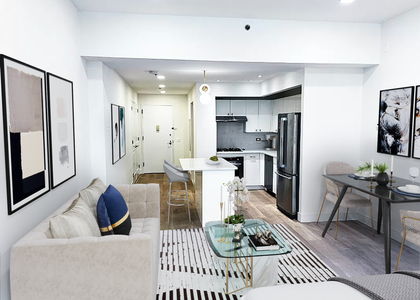 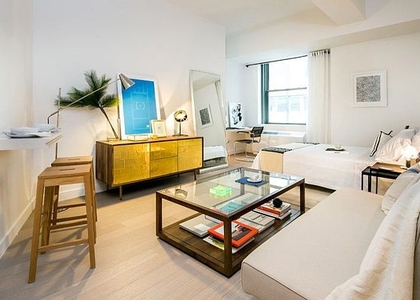 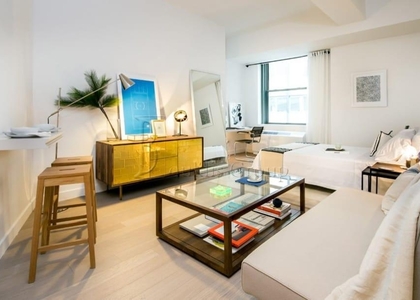 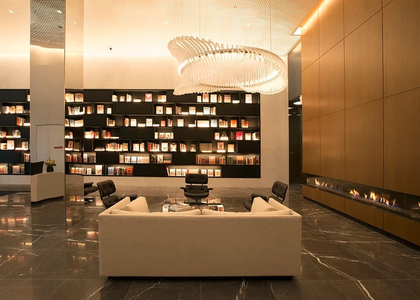 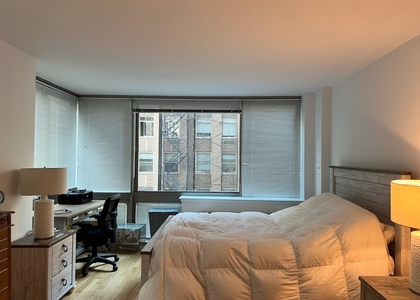 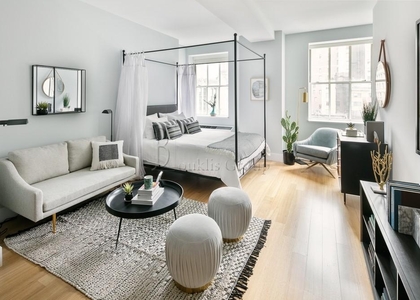 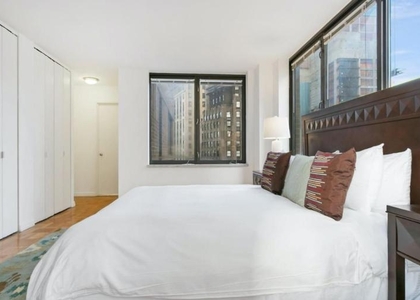 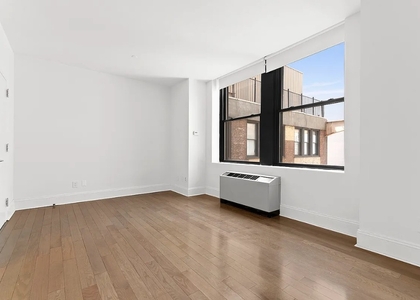 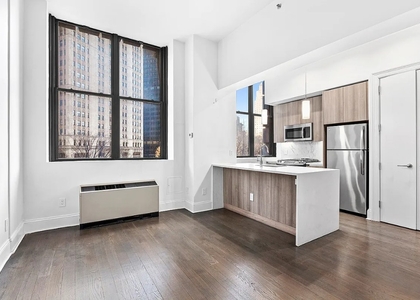 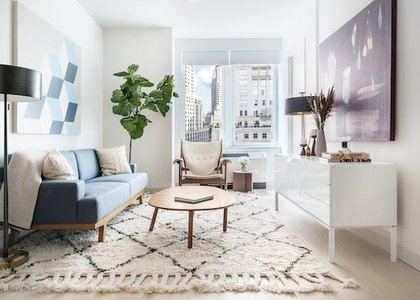 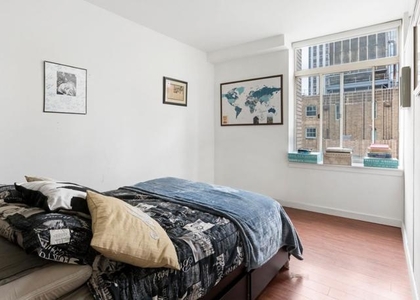 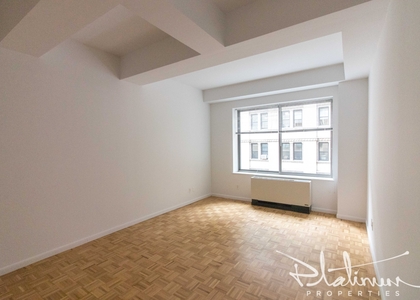 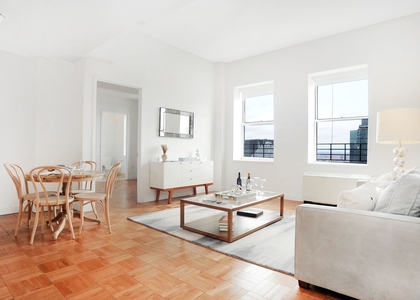 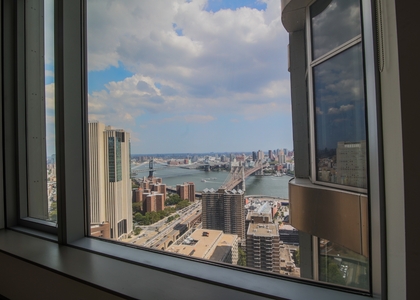 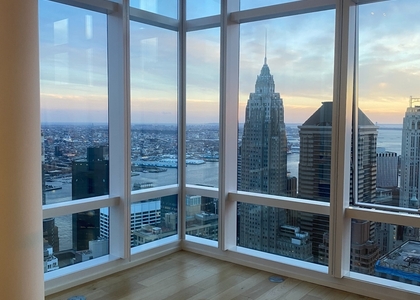 The Financial District, known to locals as FiDi, is the epicenter of the city's financial industry. With the New York Stock Exchange, Wall Street, and the Federal Reserve Bank of New York all located in the neighborhood, FiDi is one of the most important commercial hubs of New York and across the nation. The neighborhood is also home to many other industries such as tech, consulting, marketing, etc.

The neighborhood is currently home to over 60,000 people and if you're looking for an apartment in FiDi, you'll see that it's changed a lot to accommodate the ever expanding population. There are several grocery stores, post offices, and lots of up and coming restaurants and bars. This region also has a slew of newly-renovated, amenity-packed luxury apartment buildings. Some local favorites include 2 Gold Street, 100 Maiden Lane, and 20 Exchange Place!

Whether you’re visiting or a resident, there are a few not-to-be-missed activities in the Financial District. Enjoy the neighborhood’s combination of historic and modern architecture, or one of the many green spaces in the city like the oldest public park, Bowling Green. You can also check out the iconic “Charging Bull” statue on Wall Street or take a ferry to the Statue of Liberty. Afterwards, stop by Stone Street and mingle with locals and partake in some great happy hour deals offered by restaurants on the street. There’s plenty to do in the area!

In the early 1600s, the first Dutch immigrants landed in what is now Lower Manhattan. New Amsterdam, their colony, was built on a protected port on Manhattan's southern point. The Dutch erected a defensive wall on the northern edge of their town to defend themselves from assault from the English due to growing hostilities between the two countries back in Europe. Despite their efforts, the wall did not prevent England from capturing the colony in 1664. The wall itself was eventually demolished in 1699 after falling into disrepair and the roadway where it had stood became known as Wall Street.

After transitioning from a battleground to a political hotspot, New York City became a valuable economic and trade asset. New York City functioned as the nation’s capital from 1789 to 1790, and the capitol building, known as Federal Hall, was located in the heart of the Financial District. The Federal Hall has borne witness to many historic events such as George Washington’s inauguration as the first President of the United States on April 30th, 1789. The New York Stock Exchange, New York City's biggest emblem of riches, was founded in 1792. The New York Stock Exchange later relocated to a new site a short distance away in 1903.

During the 18th and early 19th centuries the area became the main residential area of the city due to the nearby ports. Over time, homes were replaced by banks and businesses. The area was so popular the nation’s first skyscrapers were built here to accommodate the ever-growing number of businesses.

The Financial District underwent an extraordinary era of turmoil and anxiety following the Great Depression. In more recent history, FiDi and Wall Street are known for the financial crisis of 2007-8 and for the Occupy Wall Street movement that followed in New York and nationally. People were dismayed to learn of the numerous unethical business activities that occurred in order for the city to achieve its status as a major financial center. FiDi gained a poor image as a result of this, and it took decades for people to trust Wall Street bankers again.

Regardless, the Financial District has contributed significantly to New York City's status as a major financial center. Without FiDi, the tale of New York City would be incomplete.

By day, FiDi is the financial capital of the world. By night, however, it is one of the city's quietest neighborhoods. After the shops have closed for the day, the neighborhood's charm becomes more apparent. It's difficult not to become immersed in the history of the area while surrounded by gleaming and imposing buildings and cobblestoned streets. Thankfully, with the growing population of residents, FiDi is beginning to attract a plethora of businesses such as restaurants and bars that operate well after normal office hours to cater to locals.

No matter what time of day it is, the neighborhood is defined by its past. During the day, this neighborhood is dominated by the financial frenzy, making it one of the city's fastest-paced areas.

With both the events of 9/11 and the changes in the financial markets, FiDi has altered dramatically in the last decade.

It's hard to believe that the Wall Street neighborhood is now family-friendly with two playgrounds (Imagination Playground and Pearl Street Playground), a waterfront dog run, and Pier 15 with manicured gardens, the Watermark Bar, and a breathtaking outlook!

There has also been an increased number of new preschools and childcare centers, as well as two new public elementary schools, Spruce Street and Peck Slip.

The Financial District has seen an unparalleled revival in the years following the 9/11 attacks. In recent years, there has been a tremendous increase in residential construction in sections of the neighborhood. Buildings in FiDi are tall, and imposingly so. In this neighborhood, almost 85% of tenants reside in buildings with 50 or more units. The structures are luxurious high-rises with excellent features and facilities which are quite pricey.

The Financial District is located on the southern tip of Manhattan island. It should come at no surprise that commuting to other parts of Manhattan will take a bit longer compared to other neighborhoods. The good news is that there are several transportation networks located within FiDi, so regardless of if you're heading out or into the neighborhood, you'll have plenty of options to choose from for your commute. These options include:

Education is a priority for any FiDi resident and the district boasts of some of the best public schools in the country. Some public high schools include:


Some notable universities in the area include:

Visitors to the neighborhood will have a large number of things to do. There are a number of landmarks such as:


While you’re here, make sure to partake in the following activities:

The Financial District has a growing number of restaurants and reliable eateries, making it a must-visit for foodies and one of the reasons it is regarded as one of the finest locations to live in New York City. For example, the Fraunces Tavern, is one of Manhattan's oldest surviving structures, and is still in operation to this day. The food at the restaurant is divine and many go there to soak in the historical feel of the restaurant while enjoying a great meal and the tavern’s amazing whiskey selection.

Here are some fantastic dining options for you if you're in Manhattan's southern tip:


There are a number of locations to go for brunch, which has become a local custom. Some of the places you may visit are listed below.

For those interested, Financial District currently has 2,220 residential listings advertised on the market for rent. Listings for rent in this area typically have an median of 735 square feet. From data that we've compiled, listings range from $3,350 in the lower quartile to $5,454 in the upper quartile. Generally speaking, the median rental price is around $4,039 or $75 / sqft. For those interested in renting a listing in Financial District, there are currently 868 studio, 763 one-bedroom, 468 two-bedroom, 101 three-bedroom, and 20 four+ bedroom apartments available for rent.
For your convenience, we've included a more detailed breakdown of rental pricing by median bedroom sizes here:

Financial District is located within New York County, New York. This area currently has 1,634,989 residents in 753,385 households. Out of the total population, 40.12% of the residents speak another language at home instead of English. The majority of the inhabitants in this county are currently unmarried and have a median age of 37.