Description
True walk-street living. Located in the epicenter of the Venice Walk Street Community, 802 Nowita sits on the corner of Nowita and Oakwood within a sweet oasis of thoughtfully designed zen living. This house lets light in on all sides and upon crossing the koi pond in the front yard you immediately walk into a blissful sanctuary providing both warmth and modern touches. There are 2 bedrooms upstairs and 1 bedroom downstairs which may also be used as a den. The private guest suite outside opens out onto a beautifully landscaped garden including an outdoor shower and quiet nooks for your morning coffee. The primary bedroom, upstairs, has a little balcony that sits behind the trees and faces the front garden. This is the perfect home to ease into for a respite from your regular routine. It is quiet and private while giving very easy access to all of the shops and cafes on Abbott Kinney and Lincoln and  an easy bike ride to the beach. The best of Venice living! This is for a negotiable lease term up to one year.

(within attendance boundary)
Broadway Elementary  •  0.32 mi
1015 Lincoln Blvd., Venice, CA 90291
Public  •  Elementary  •  Grades KG to 6
Los Angeles Unified School District
Mark Twain Middle  •  0.81 mi
2224 Walgrove Ave., Los Angeles, CA 90066
Public  •  Middle School  •  Grades 6 to 8
Los Angeles Unified School District
Venice Senior High  •  1.07 mi
13000 Venice Blvd., Los Angeles, CA 90066
Public  •  High School  •  Grades 9 to 12
Los Angeles Unified School District
View All (90)
School zoning information and other data are provided by RealtyHop Schools and 3rd party sources. The contents of the database are not guaranteed to be accurate or timely. Contact the schools or districts before making any decisions using on this data.
The Property / Area (Los Angeles)
Los Angeles, also known as the "City of Angels", is the second-most populated city in the United States after New York City, with over 4 million people calling this city home. Los Angeles is known as the financial, cultural, and commercial center of Southern California. It is also known for its beaches, relaxed vibes, and its celebrity residents. The rental market in Los Angeles follows the trends of the rental market for big cities; vacancy rates are low and rents are high. Finding a vacant and affordable apartment in Los Angeles isn't easy but it's not impossible, either.
Atmosphere

L.A, short for Los Angeles, is different than other big cities located in the United States. The city is the entertainment capital of the world, and most people come here to find fame and stardom in Hollywood. However, the city has so much more to offer than just a hope of stardom. Los Angeles is also known for its excellent sunny weather, relaxed vibe, ethnic diversity, and its access to great…

HopScore Breakdown
This listing has a HopScore of 64.7 and was posted 3 days ago. Some of the contributing factors to the HopScore are listed below.
RentHop Description
The apartment is a unit offered at a monthly price of $17,500. The person posting the listing did not specify that any pets were allowed. It may be the case that pets are ok and the manager simply has not yet filled out all the details.

Unfortunately, RentHop does not have any photos for this apartment.
Check Availability
Elisa Crispi
Please verify your phone/email
Enter the 6-digit code sent to or download the RentHop mobile app to continue.
Meanwhile, here are some similar nearby listings!
For Sale Nearby 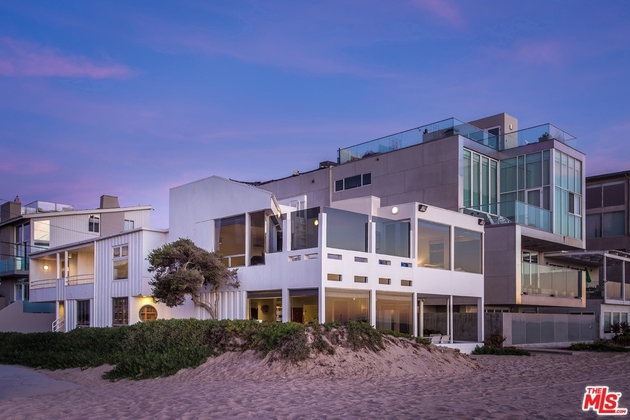