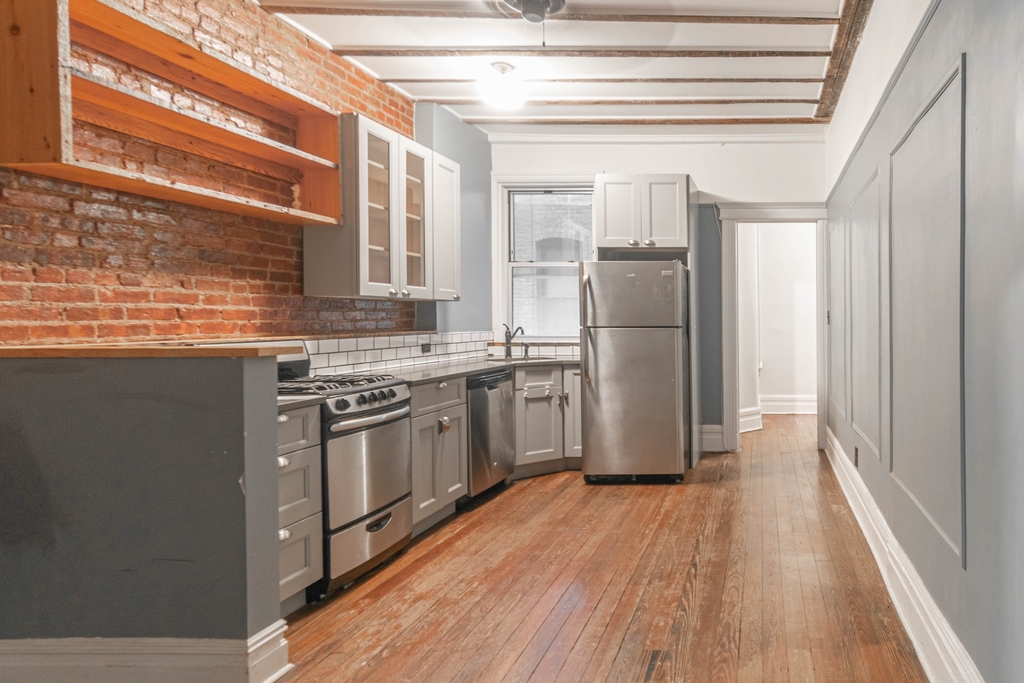 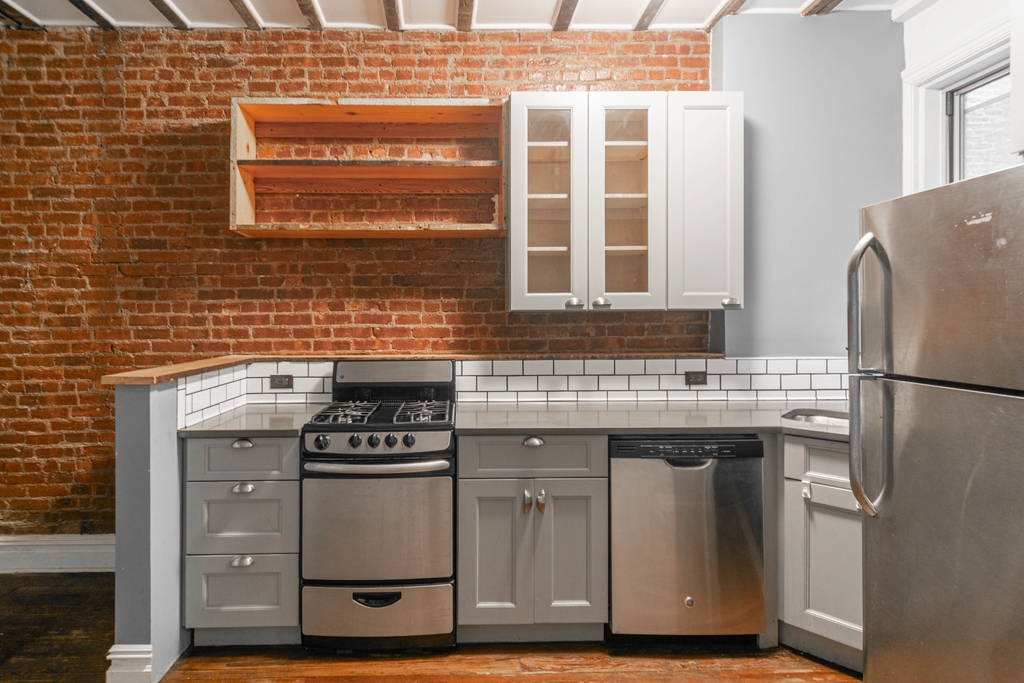 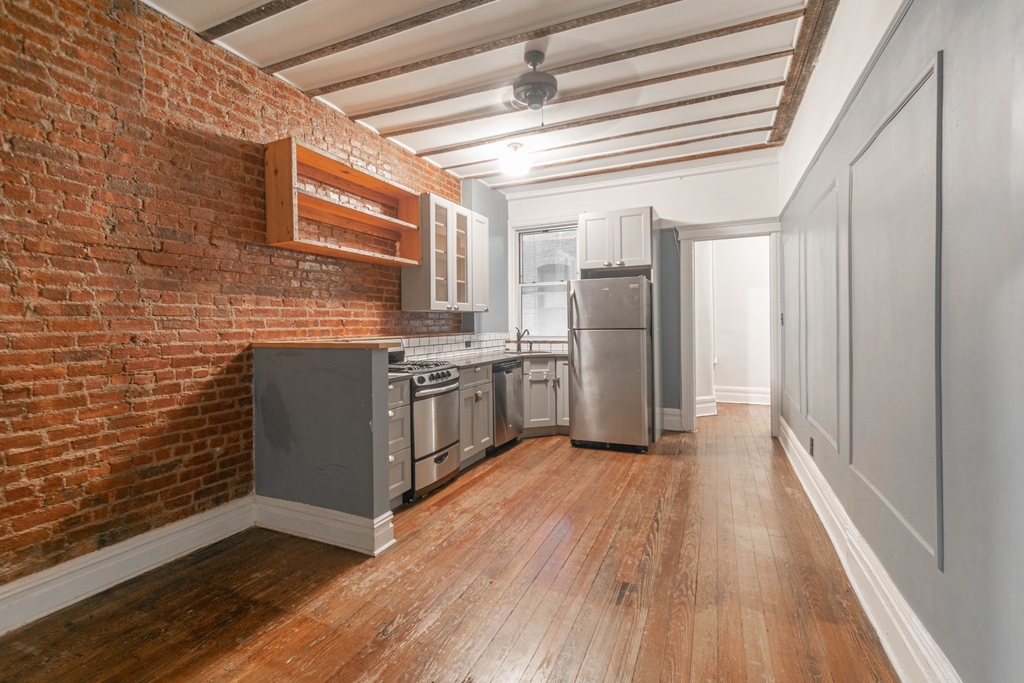 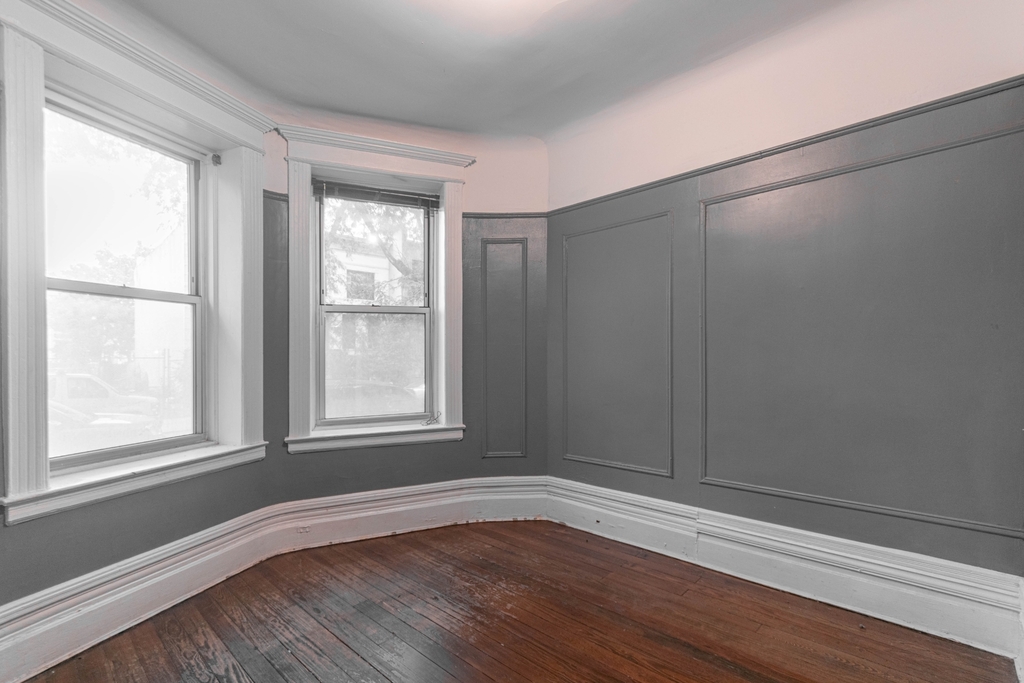 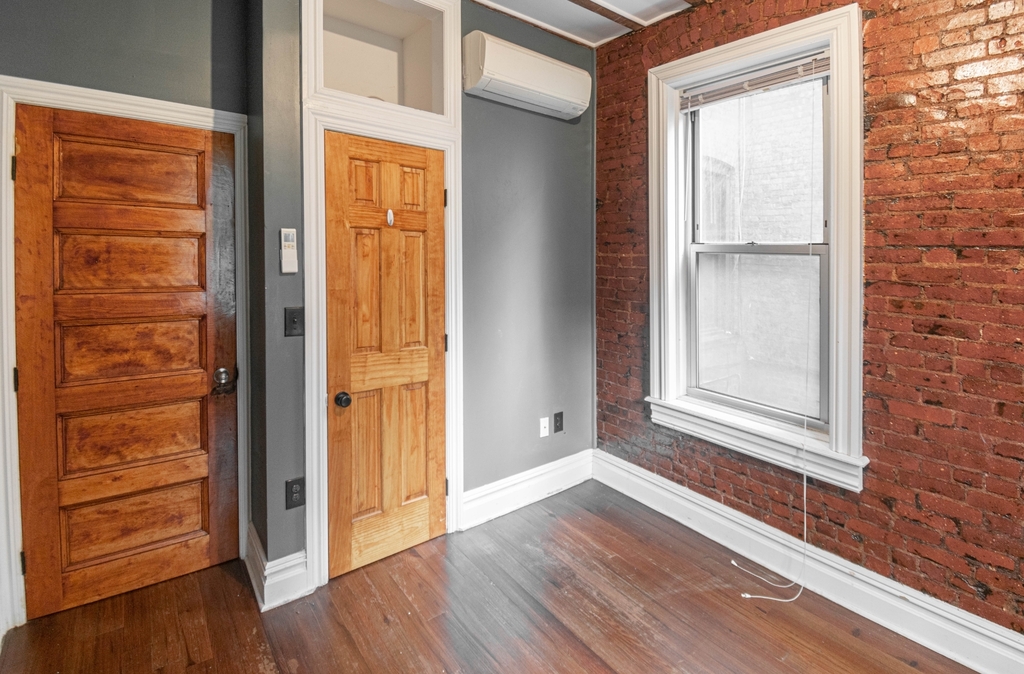 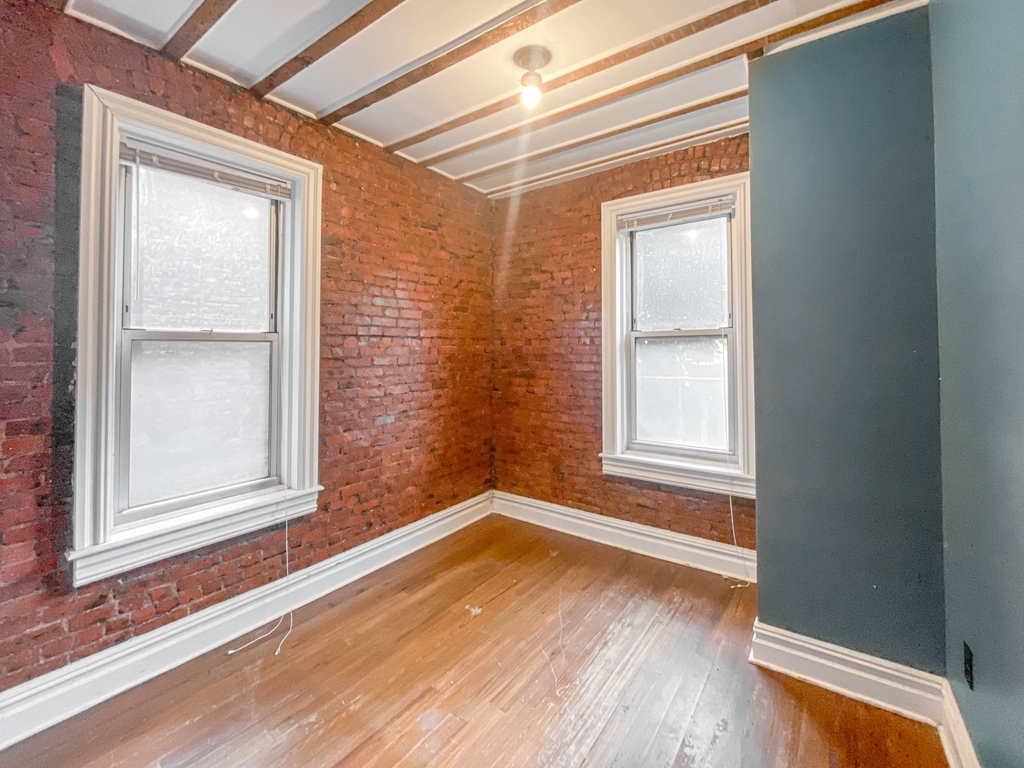 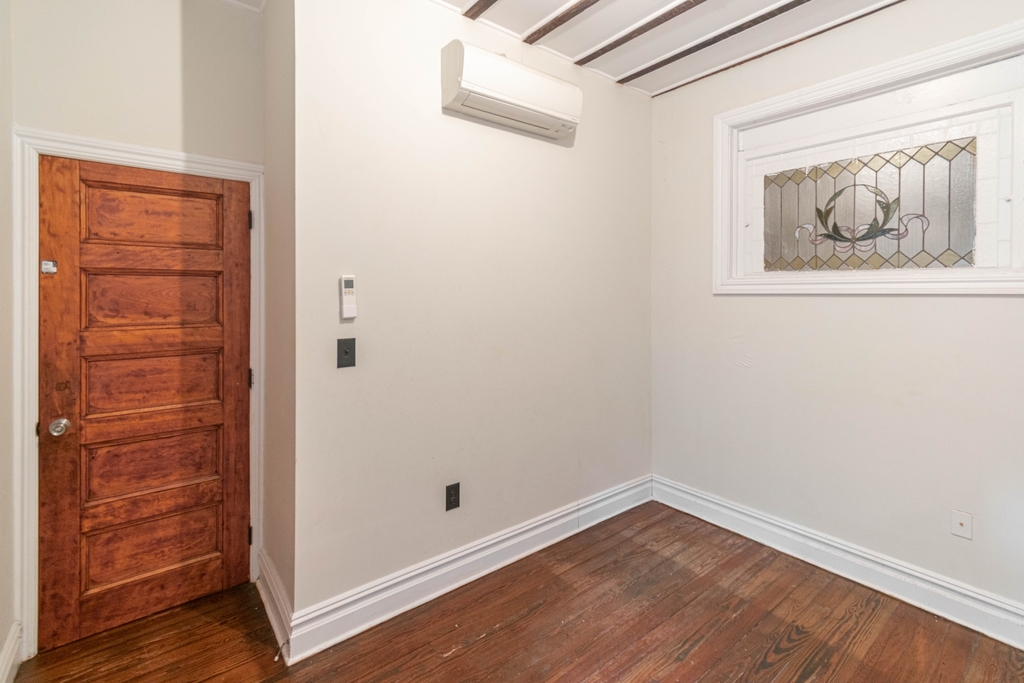 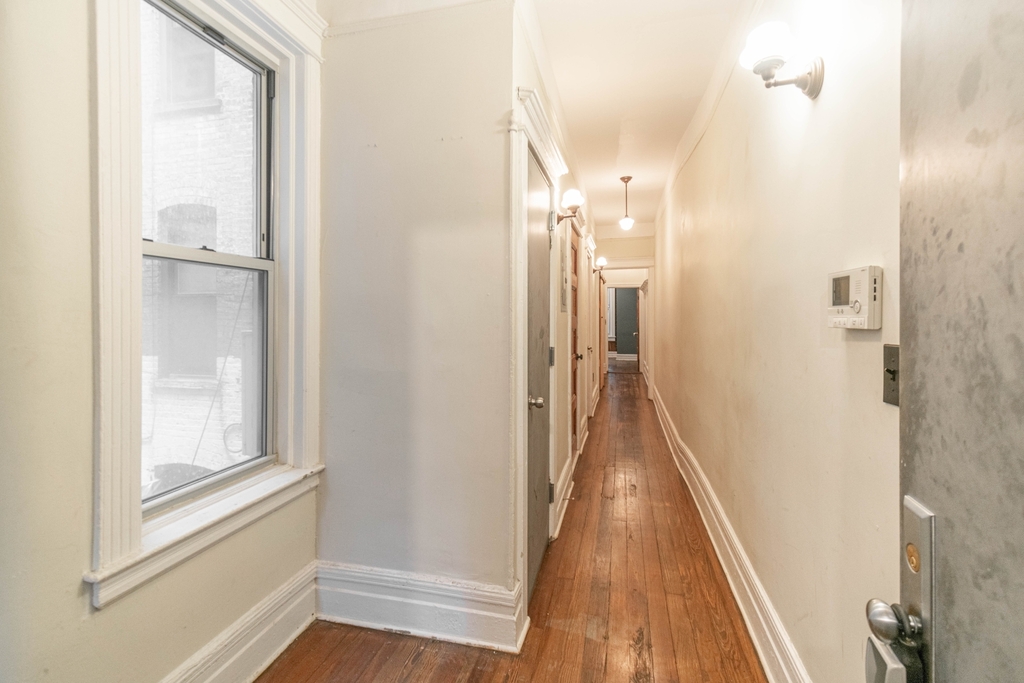 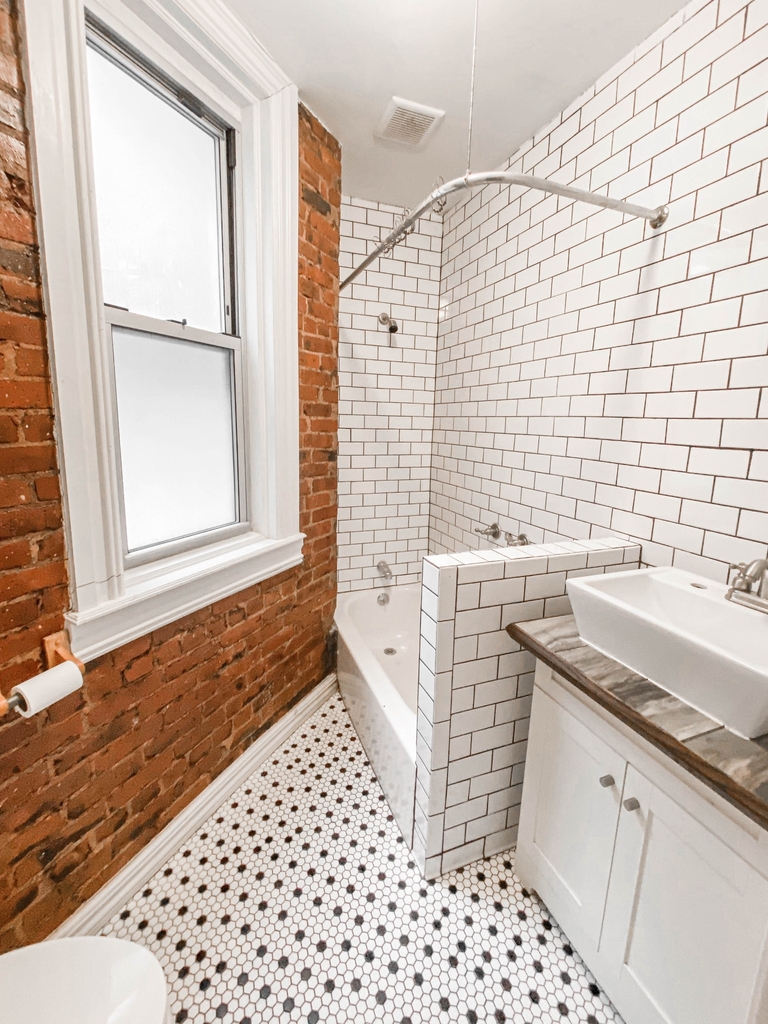 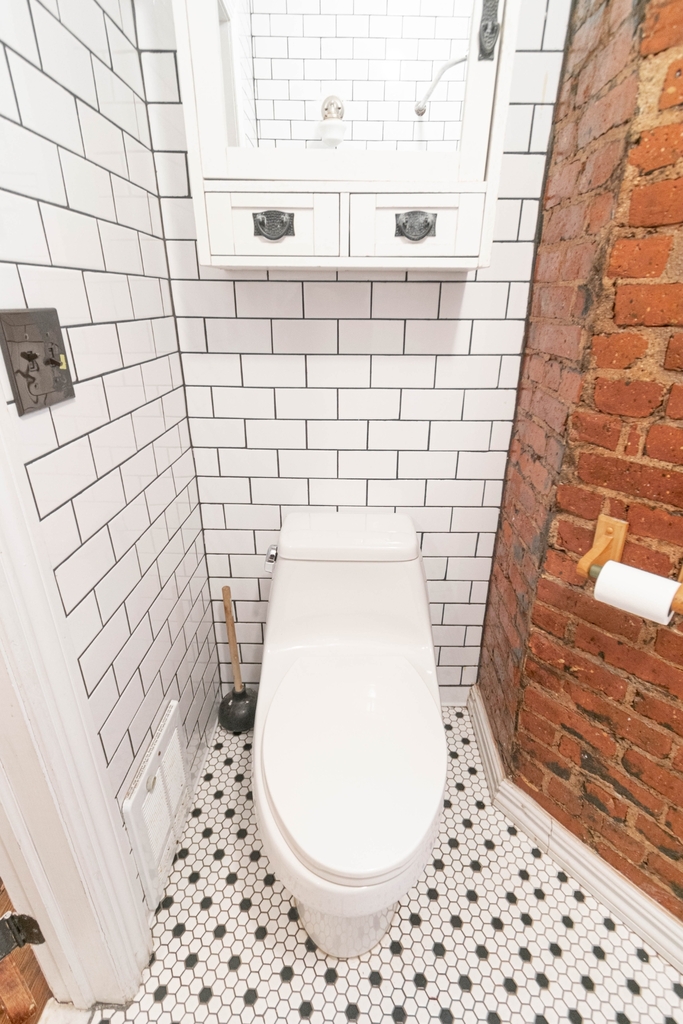 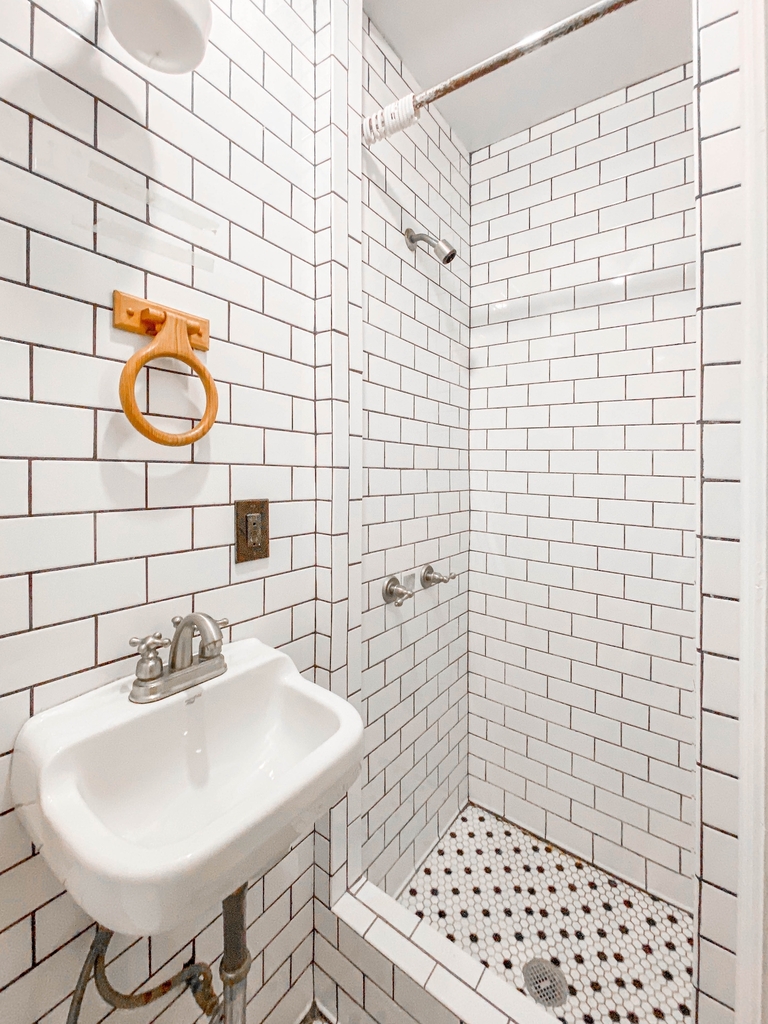 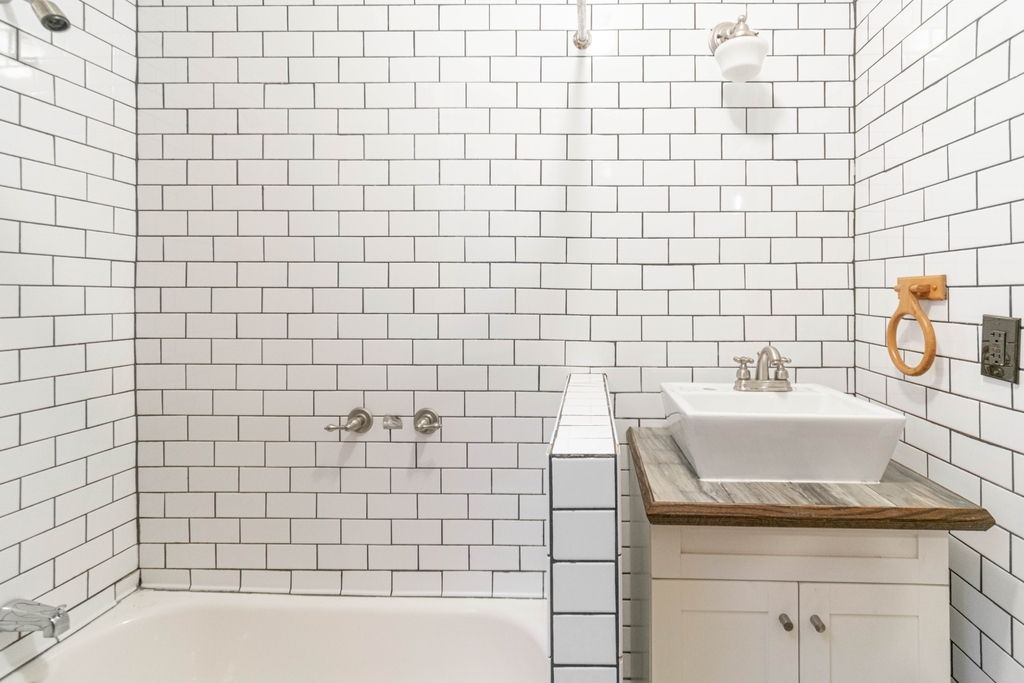 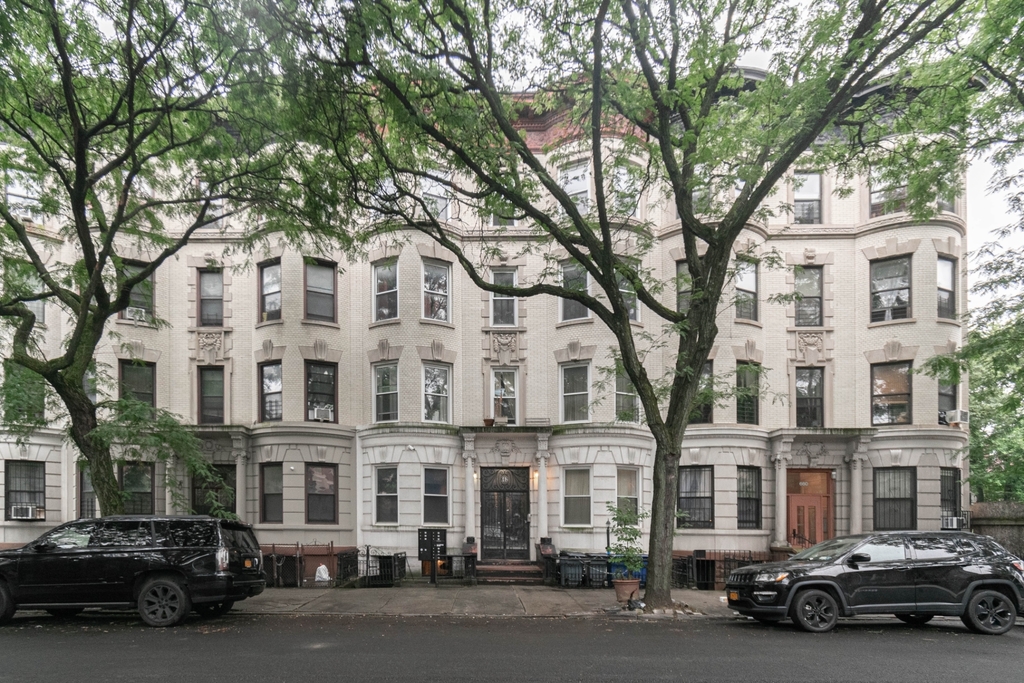 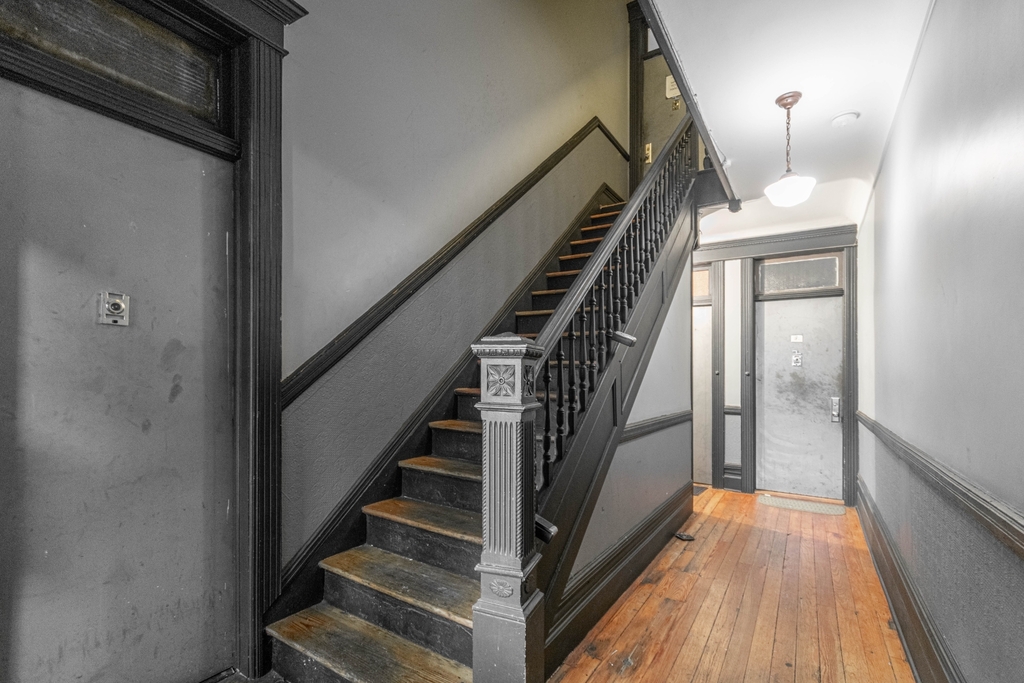 Description
662 Madison is a classic Walk-up building in the heart of Bed-Stuy. As you walk into the apartment you are welcomed with natural light and a hallway that leads to three spacious, light-filled bedrooms with closets and built-in storage. You will also find two full-size bathrooms in this hallway, one with a tub and a large window. As you make your way back toward the front door you are greeted with a large, rustic kitchen with exposed wood beams on the ceiling and tons of natural light coming from the window behind the sink along with the windows in the final two bedrooms at the front of the building. This space is truly incredible, inquire today!

Bedford-Stuyvesant is actually made up of several micro-neighborhoods. One of them, Stuyvesant Heights, takes its name from the last Governor of the Dutch colony of New Amsterdam, Peter Stuyvesant. The other half of the name, Bedford, comes from one of the first major colonies in New Amsterdam. While Bedford was a major settlement, Stuyvesant Heights was largely farmland, and that was the relationship between the two settlements until after the Revolutionary War…

Price Comparison
This apartment is 11.11% more expensive than the median price for 5BR / 2BA apartments in Bedford-Stuyvesant, which is $4,500.
HopScore Breakdown
This listing has a HopScore of 96.6 and was posted 4 hours ago. Some of the contributing factors to the HopScore are listed below.
RentHop Description
The apartment is a unit offered at a monthly price of $5,000. Both cats and dogs are allowed, but as always, double check with the manager about any specific pet concerns you may have. This is a No Fee apartment, meaning the manager or agent should not ask you for a broker fee (there may still be deposits and other move-in fees paid to the landlord).

We have 14 photos of this particular unit, building, and surrounding areas. (662 Madison Street)
Check Availability 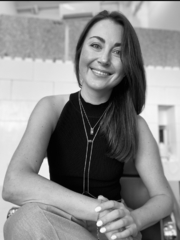 Outpost Brokerage LLC
RentHop Pro
Please verify your phone/email
Enter the 6-digit code sent to or download the RentHop mobile app to continue.
Meanwhile, here are some similar nearby listings!
For Sale Nearby 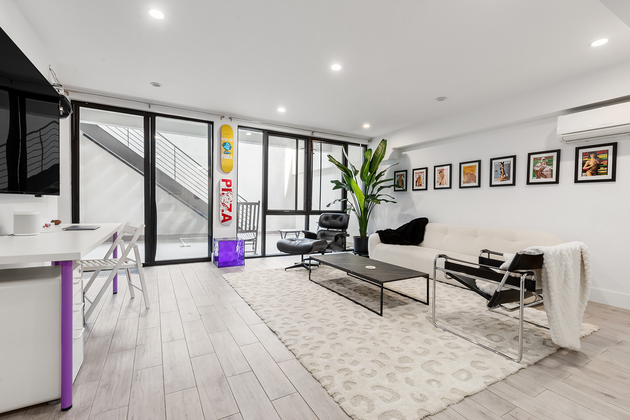 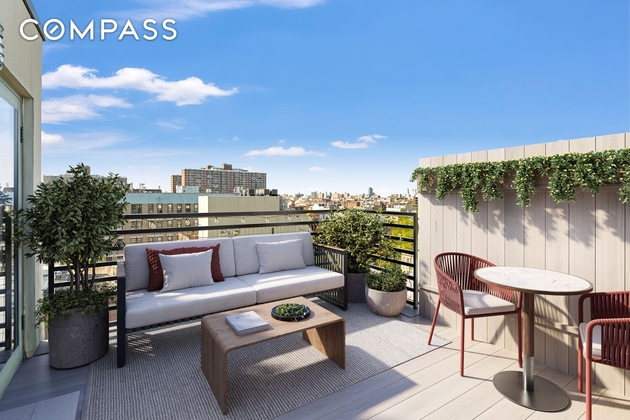 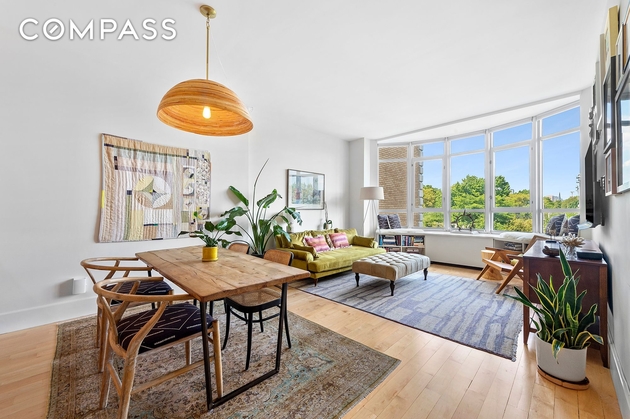 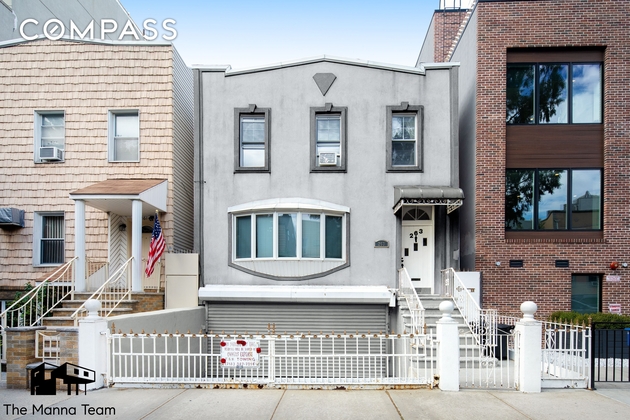 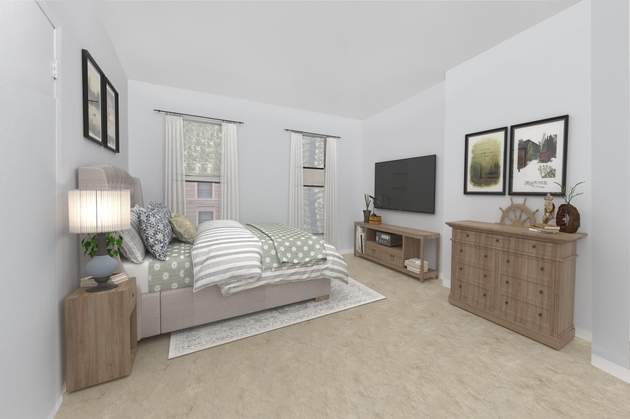 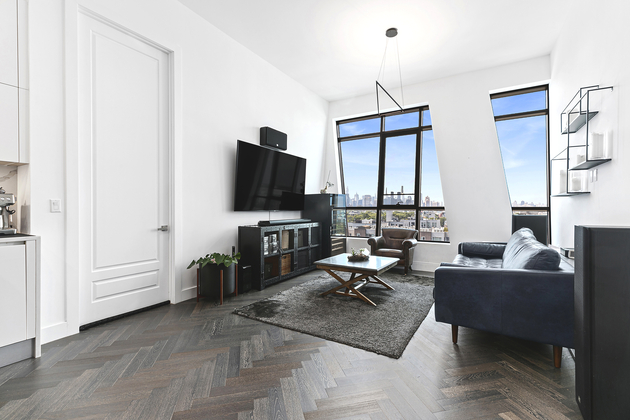 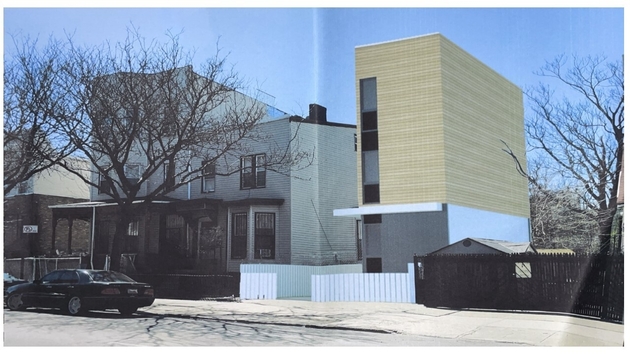