Last Minute Gifts For Him For Valentine's Day 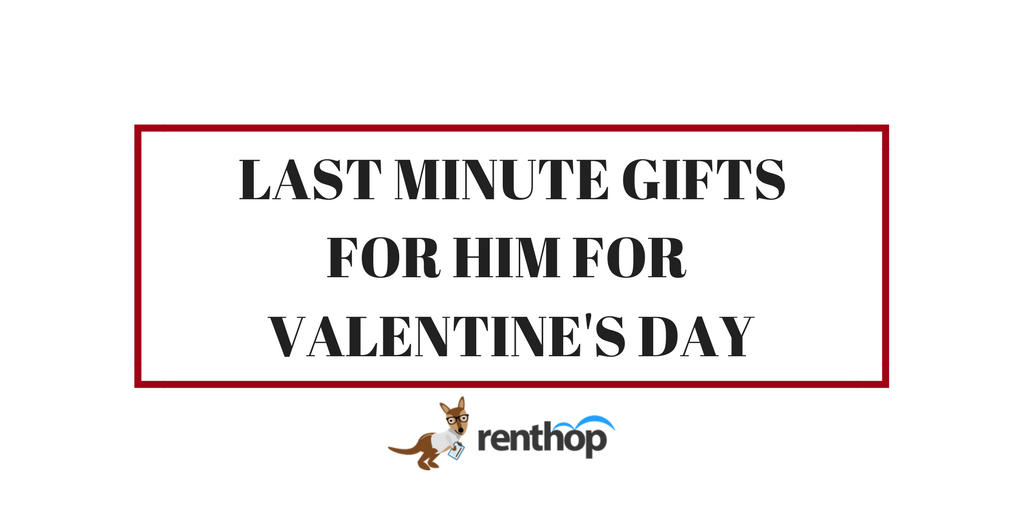 Guys are usually so much easier to give gifts to than girls. They tend to love everything while not expecting anything. But surely, you should still make an effort to make him feel special. Most guys would love to eat in bed. Most guys also do like sleeping in. What about making him breakfast in bed? Now we know Valentine’s day is on a Tuesday this year, so for those who don’t live with your boyfriends, let him sleep in and make him breakfast in bed this weekend. He won’t mind, trust us.

Simple and a classic. You really can’t go wrong getting your boyfriend some new cologne. Maybe he’s been eying out a new brand or maybe he just ran out of the old one? Either way, getting him some new cologne for Valentine’s Day is a great gift and also a gift that you can easily get your hands on last minute.

Who said a valentine’s day gift has to be romantic? And who said getting your boyfriend a new gaming controller isn’t romantic? Your focus should be on getting him something he will appreciate and love. And if he’s a gamer he’ll definitely love some new gaming equipment. It shows not only that you love him, but that you know him as well.

For guys, there might not be anything more relaxing than a hot towel shave. It’s like the equivalent to us girls getting a pedicure that includes a foot massage. It’s relaxing and it’s a treat. While your man might not be rocking a big beard this is something for all guys. A clean shave will be much appreciated and he’ll love that you thought of him. Also, if a hot towel shave isn’t his thing, get him a gift card to the barbershop instead or sign him up for a Dollar Shave Club subscription.

5. A gift card (because guys are so much simpler than girls)

While girls might hate the idea of getting something as practical as a gift card for Valentine’s Day most guys would actually appreciate it. If you know there’s something he’s been meaning to get around to buy get him a gift card for it and he’ll probably go buy it right away. It’s simple and much appreciated.

6. Make your own coupons

This specific gift was mentioned for the girlfriend edition as well. But it’s just as relevant as a gift for your boyfriend. Like we said, in every relationship, there are things we don’t like doing that our partner loves to do. Maybe your guy loves watching anime shows. No matter what it is, make your own coupons to give to him that includes you doing things with him that you might try to avoid on a regular basis. It’s cute and he’ll take advantage of it.

While guys might appreciate getting some chocolate for Valentine’s Day we know they’ll appreciate some craft beer more. Take some time to pick out a couple of new craft beers that you know he hasn’t tried out before and put them up in a basket. Hey, include some beer nuts or whatever his favorite snack is as well. Now that’s a basket of love.

8. First movie you saw together

Last but not least, a simple gift for your boyfriend would be to get him a copy of the first movie you saw together. Not only does it bring up good memories but it’s a nice, thoughtful gift that he’s sure to love. A trip down memory lane is an easy gift to get a hold of. Unless the first movie you saw together was a ridiculous foreign movie which you can’t get your hands on.