Today Evan mentioned he sees a light at the end of the tunnel, regarding the virus-related lock-down that has crippled so many businesses, including real estate brokerages. It’s been a long, dark tunnel so far, with many people dealt irreparable hardship. But the NYC numbers are improving — or at least there hope that the curve is reaching the peak.

Hard To Tell – But There Is Hope

We don’t want to spend too much time calling the peak. It’s actually to hard to tell, but at least the news is reasonable. 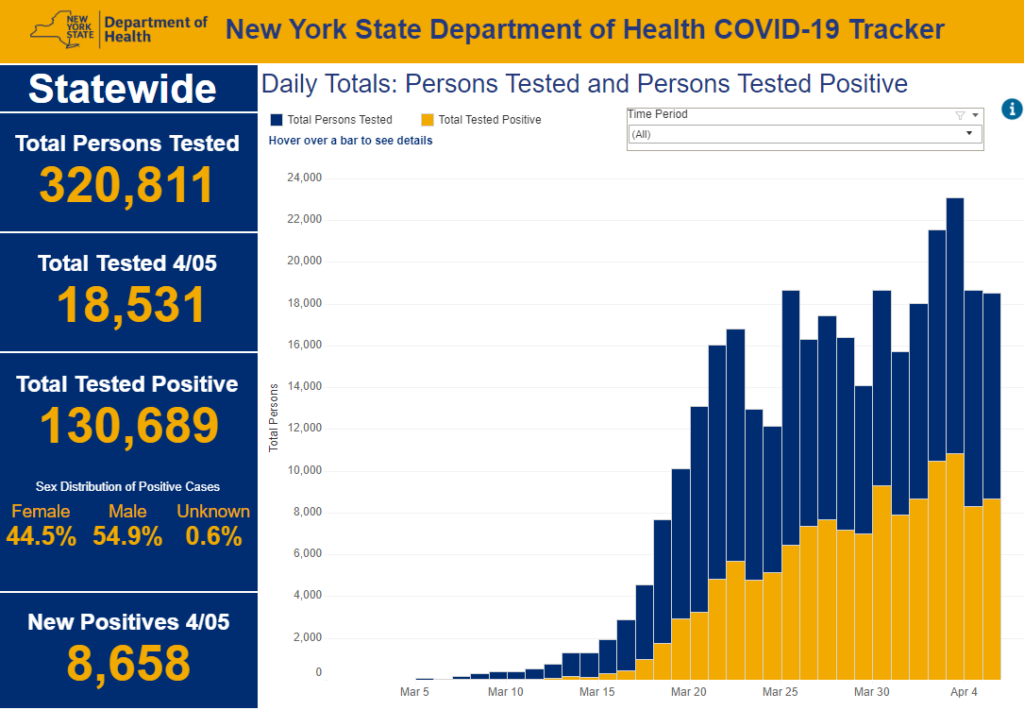 New York has been the epicenter (along with our usual Tri-state bedfellows). Next hardest hit is the SF Bay Area and Washington State. The news is looking good there as well! 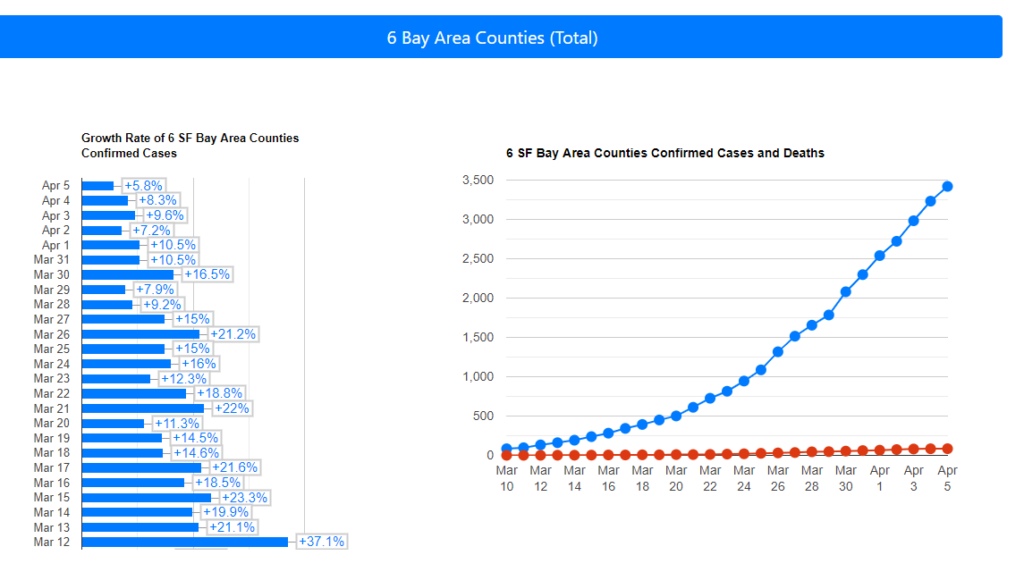 Did We Flatten The Curve?

Thanks to MOST people following the stay-home orders, and the virus incubation period of approximately 7-14 days, we are in much better shape than we might have been. We may never know the full extent of how bad it could have gone, but there is clear evidence that late March saw the fastest growth rates — approximately 7-14 days after most cities finally issued orders to stay at home.

Of course, flattening the curve serves multiple purposes: reducing the overall number of infections is obvious. We also reduce the magnitude of the peak and delay the speed we reach the peak, to relieve strain on the medical system.

The RentHop And RealtyHop Curves Are Trending Back

Our own traffic analytics seems promising as well. Our curve is quite anti-correlated to the Covid-19 new infections curve. The first half of March saw an amazing year-over-year increase in traffic and leads — only to slowly falter in the 2nd week of March.

By Monday March 16th, the first day NYC Schools closed down, we fell off a cliff along with every other real estate and lead generation site. But our team is hard at work to do everything possible to help our customers make it through. This is the first week we are seeing a healthy increase on both the nyc rentals and nyc condo and co-op sales sites. Fingers crossed. But we start by saying we see a distant light…

So What Actually Happens in May, June, and Beyond?

Even when we cross the peak, even when hospitals finally reach a manageable load, then what? The vaccine won’t be out for at least 12 months, so say the experts. But it’s completely impractical to keep everything shut down until then. Will we reach a weird new normal, where everyone still tries to work from home? How about real estate showings?

We have no idea. We will take it one week at a time, but our team is here and ready to serve the landlord, broker, and nyc sublets community.